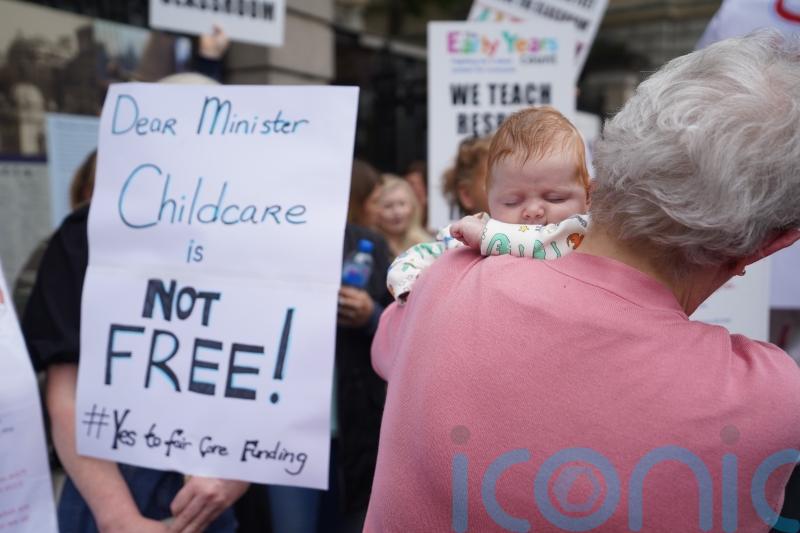 Childcare workers protesting outside Leinster House said they have been “overlooked” for funding at a time when inflation is leading to rising costs.

Childcare workers protesting outside Leinster House said they have been “overlooked” for funding at a time when inflation is leading to rising costs.

Representatives from Early Childhood Care and Education (ECCE) and daycare services turned out in Dublin to make clear their opposition to a cap on fees.

Higher inflation and historically low funding are leading to many services falling into “real financial difficulty”, according to a leader in the sector.

Alongside childcare providers at Wednesday’s protest were some parents, grandparents and children.

A number of TDs including Minister for Children, Equality, Disability, Integration and Youth, Roderic O’Gorman, went outside to meet with demonstrators.

The Government is looking at options on how to reduce the cost of childcare, including examining whether to increase the number of free hours available under the ECCE scheme.

It provides three hours of free pre-school childcare a day, five days a week over the school year for children aged over two years and eight months.

But ECCE providers argue that they cannot cap fees at last year’s 2.2% rate of inflation, considering inflation has now gone far beyond this figure.

Recent research among pre-school providers indicated that 260 could have to close their doors next autumn, the Federation of Early Childhood Providers (FECP) said. 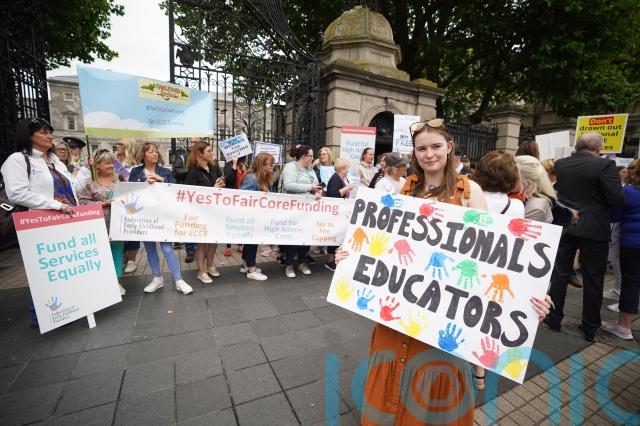 The organisation’s chair, Elaine Dunne, said: “ECCE services represent one third of all childcare providers and was a vulnerable sector even before Covid.

“Now, in the context of inflation, historically low funding, staffing and regulatory pressures, many services are in real financial difficulty.”

She said the Government must take action now to prevent closures.

She said: “Service closures aren’t easily reversed, so Government needs to engage on the problem now, and recognise the research and analysis (1,100 childcare providers took part in our recent survey) in support of a sustainable childcare sector.”

One demonstrator said childcare services had been “overlooked” when it comes to funding, despite inflation affecting their costs too.

“A lot of ECCE services have been overlooked in the funding.”

She added: “Our fees are going up as well, inflation is affecting us too, but we’ve been overlooked in the core funding so I’m here for fair core funding today.”

Among the measures being called for by demonstrators is a subsidy of 100 euros per child on the ECCE scheme, which they say is needed “to cover actual costs currently subsidised by the childcare owner”.

Ahead of the protest, Tanaiste Leo Varadkar said the Government wants to “significantly” lower childcare fees for parents as well as addressing rising costs for those working in the sector. 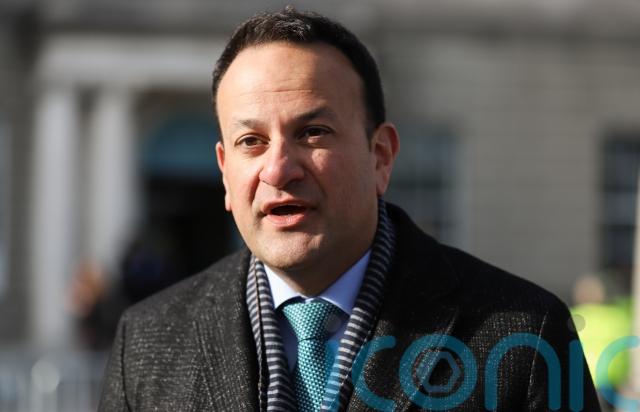 “What we want that to bring about is three things. Higher standards for children. Yes, better paid terms and conditions for staff. We’ve a thing called an employer regulation order being negotiated at the moment, which will do that.

“And then particularly next year or even this year if possible, but probably next year: significantly lower fees for parents.”

He suggested most of the additional money in next year’s budget would go to parents to reduce fees and in turn the cost of living for those parents, and would likely be done through subsidies rather than tax breaks.

But he also acknowledged the rising costs faced by childcare staff.

Mr Varadkar said: “I want to say to people working in the childcare sector: You know, we do acknowledge that you’re facing rising costs too. Whether it’s rising labour costs, the cost of energy to heat a creche must be going up and the electricity as well.”

He said some of the additional funding will have to go into helping to meet those costs.