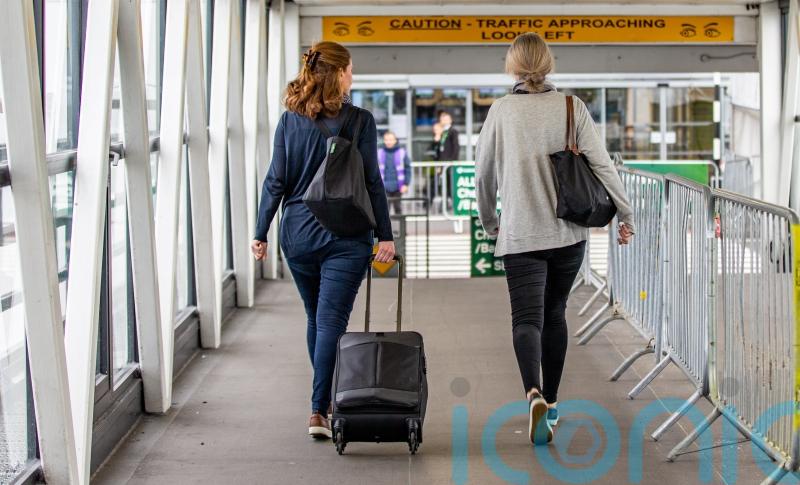 The Dublin Airport Authority has said that “significant improvements” made at the airport are “achieving their desired result” to alleviate pressure on the system amid a strong return to air travel.

The authority said that despite the vast majority of flights operating on time, a spike in Covid-19 cases resulted in some airlines and baggage handling crews being “short of staff”, leading to flight cancellations and delays at airline check-in desks and bag drop areas.

“Whereas issues relating to flight cancellations and delayed, or lost, luggage are outside DAA’s remit, we empathise with those affected and regret the impact this is having on their passenger experience,” it said.

It added that baggage is an issue across Europe, the USA and Canada and that it is liaising with affected airlines about baggage issues.

The statement comes amid pressures on airlines and airports across Europe after they cut jobs during the depths of the Covid-19 crisis and as travel demand returns after two years of pandemic restrictions.

Representatives of the Dublin Airport Authority (DAA) appeared before an Oireachtas committee in early June to outline its plan for dealing with the summer surge, with Higher Education Minister Simon Harris warning that there could be consequences for management if the airport authority did not get to grips with the surge in demand.

Last week, Minister for Transport Eamon Ryan got clearance from Cabinet for Defence Forces personnel to be on standby to help staff the airport in the event of a Covid-19 outbreak. This measure is to be stood down in August when the busy holiday period has passed.

The DAA issued an update on Monday to say that its plan for the summer surge has been effective, but that the Defence Forces remain on standby to help.

“The contingency plan now in place to train and have Defence Forces personnel on standby if we experience significant COVID-19-related absences in Security Operations remains prudent,” it said.

Since Friday, when the school summer holidays kicked in, the DAA said that more than 420,000 passengers travelled through Dublin Airport – with 50,000 to 56,000 people departing each day.

The DAA said the vast majority of passengers (93% of over 900,000) are getting through security screening in less than 45 minutes.

“By comparison with the more drastic measures and impacts reported by peer airports internationally, our current plans are proving effective, and we have increasing confidence that, other than COVID risks, we are now in a much more robust position to manage peak summer traffic over the coming weeks.”

Amid a 1072% increase in passenger traffic compared with this time last year, the DAA acknowledged the challenges the airport faces in managing huge summer holiday demand, as many people begin travelling abroad again now that the Covid-19 emergency has ended.

“We are keen to avoid capacity reductions, which have been deployed at other UK and European airports, as these would have a material impact on the summer travel plans of a significant number of Irish passengers and families, most of whom have not enjoyed a foreign holiday in over two years and impact business travellers.”

It advised any passengers who has been impacted by flight cancellations or who need assistance with baggage tracing to contact their airline or the airline’s ground-handling company.

Passengers are still being asked to be at the airport two and a half hours before a short-haul flight or three and a half hours prior to a long-haul departure, and to add an extra hour if they are checking in a bag.