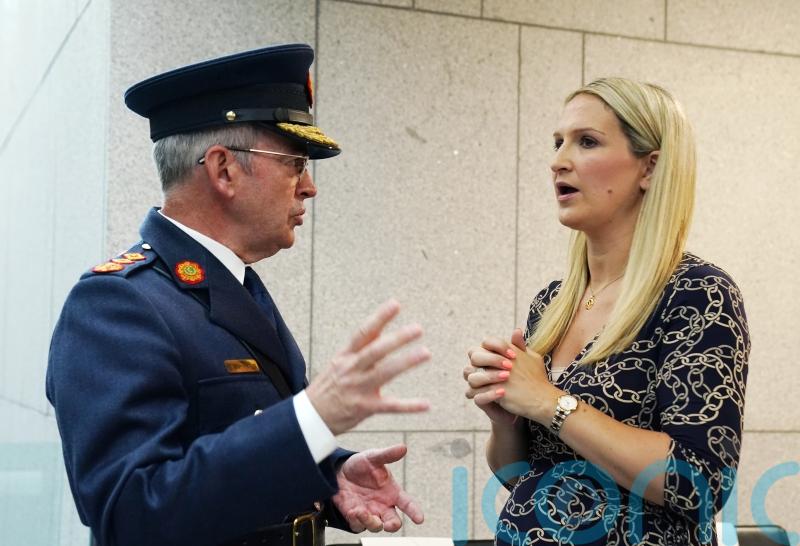 Special commemorative medals marking the centenary of the Garda have been presented to serving and retired officers at a ceremony in Dublin.

The specially designed medals feature an engraved Garda Crest commemorating 100 years of An Garda Siochana on the front, a harp on the reverse and have a vertical blue and yellow striped ribbon.

They were presented to members of the force at a ceremony at Kevin Street garda station on Thursday attended by Justice Minister Helen McEntee, Garda Commissioner Drew Harris and Assistant Commissioner for the Dublin Metropolitan Region (DMR), Angela Willis. 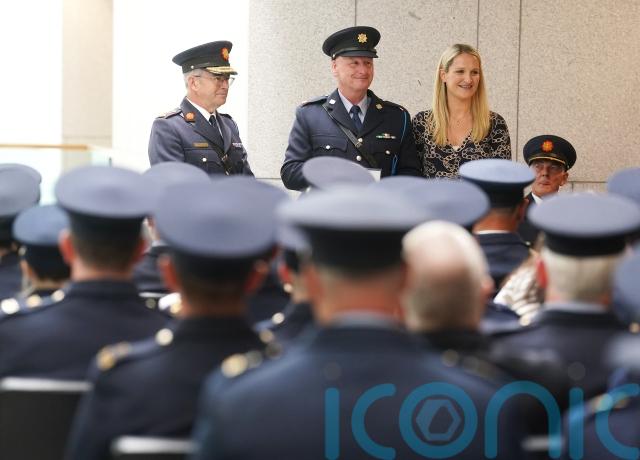 Speaking at the event, Mr Harris said that since it was founded thousands of Garda personnel have been dedicated to protecting the people of Ireland.

He said: “As a police service it has encountered and responded to unsettled, difficult and demanding periods in Ireland’s past including the response to the Covid-19 pandemic in recent years.”

He added: “The specially designed medals and coins which are being presented today commemorate our centenary, but more than that, they recognise all those who served in An Garda Siochana in the last 100 years.

“These medals and coins are a symbol of those 100 years of dedicated gardai guarding peace in Ireland and who built an organisation that is set on such a solid foundation of public support and community connection.”

The Commissioner said he hoped the commemorative pieces would be “cherished” for years to come.

Justice Minister Helen McEntee said the medals were an “important token and acknowledgement” of the work of serving gardai and the many members before them, adding that they were “truly deserved”.

Speaking to members of the force at the event, Ms McEntee said: “It’s fantastic to see your commitment and dedication and to acknowledge too that…every single day you put yourself at risk to ensure each and everyone of us, as citizens are safe.

“This is a really special day, not just for you but also your family members and friends who support you and I’m sure who worry about you as you go about your day.”

The minister also gave a special mention to those who died or were killed in the line of duty and also the new members who she said will be “the driving force for the next 100 years of an Garda Siochana”.

The families of those who previously served and are now deceased will also receive a commemorative medal in recognition of their service.

The ceremony is one of a series of events planned to mark the 1922-2022 centenary.