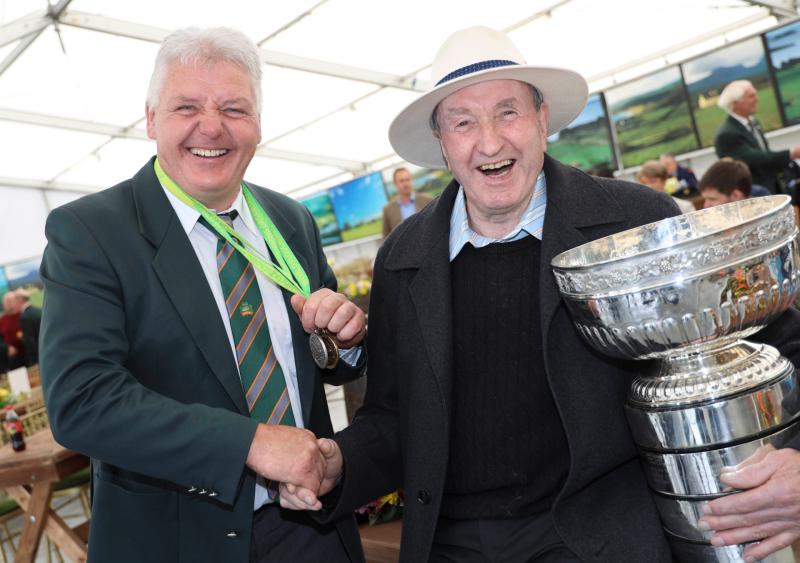 World silver medalist Eamonn Treacy (Carlow) with site owner Seamie Quirke on site at Ballintrane, Carlow for the launch of the National Ploughing Championships which will be held 17-19 September next. Photo: Alf Harvey.

Carlow's Eamonn Tracey will have home advantage as he goes for a remarkable tenth National Ploughing title when the Championships come to Carlow from September 17-19.

Read also: GALLERY: Meet the people who played a huge part in bringing the Ploughing to Carlow

Cathaoirleach of Carlow County Council, Cllr John Pender, was speaking this week at the launch of the Ploughing in Ballintrane, Fenagh when he wished Eamonn the best of luck in winning his tenth National title in a row.

Speaking himself, the former World Ploughing Champion and nine time National Champion, Eamonn, said the Ploughing was last in Carlow in 2006 and he praised the local landowners who "welcomed them with open arms".

He extended a welcome to the 340 ploughing competition competitors, the 1,200 exhibitors and the over 300,000 people expected to attend the event.