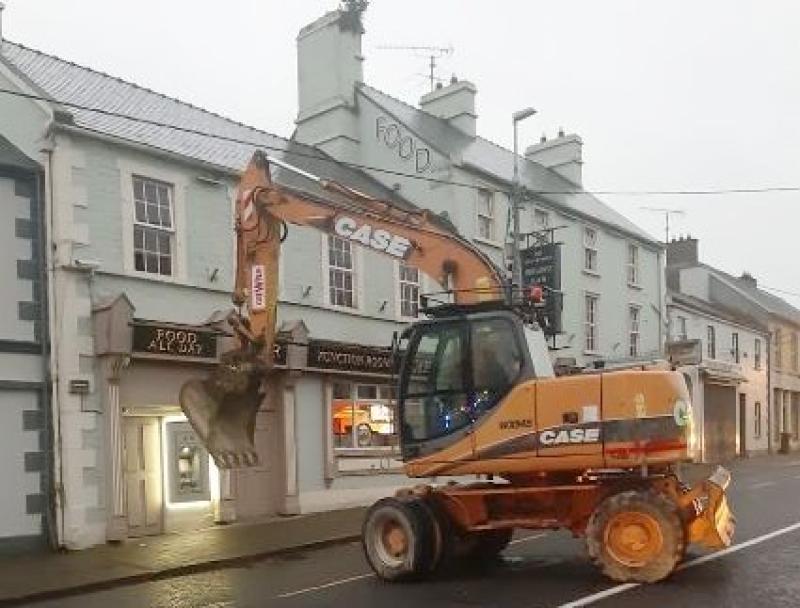 The digger at the scene on Wednesday morning

A digger was still at the scene on Wednesday morning in front of the Riverfront Hotel on Main Street in the town centre.

There have more than a dozen ATM robberies on both sides of the border this year.

In April, two ATMs were stolen in Kells, Co Meath.

Gardaí said investigations are ongoing and further updates will follow.