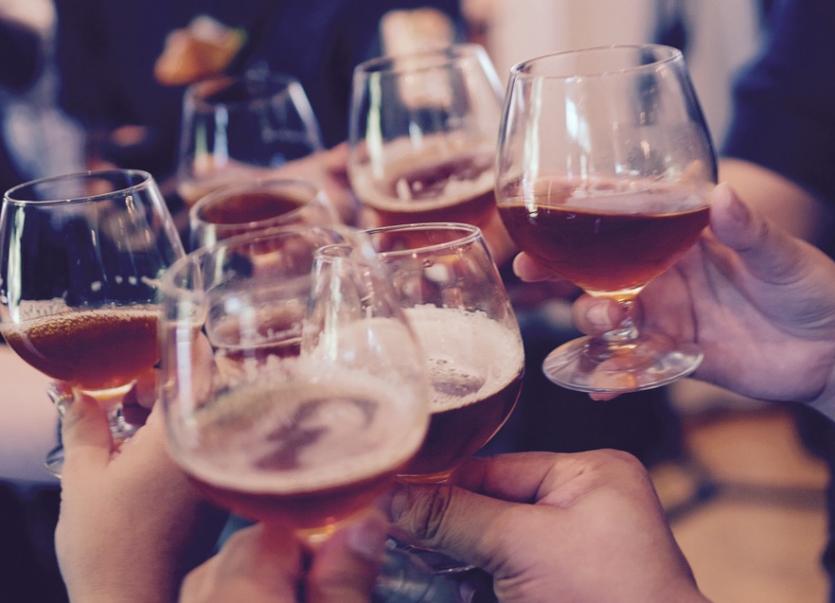 Monday, September 21, marked a significant week in the country's battle against Covid-19. The wet pubs re-opening became somewhat of a milestone for us as a country; a sign that we were returning to normal and we could say 'cheers' to how we stuck out those long summer months without a jar. But if we're really honest with ourselves, they shouldn't have opened this week.

Restrictions are in place to police the pubs. No standing at the bar. Table service only. Tables of six maximum. But how long does it take for us to forget these restrictions? Sit too close and too long and wander to the toilets with no mask? It emerged this week that NPHET had major reservations about re-opening the wet pubs when advising the government on restrictions and the spread of coronavirus.

Experts stated their concerns over the “disinhibiting effect” alcohol has on people. Minutes of NPHET meetings late last month said alcohol can "impair judgement" no matter how "well-intentioned people are" towards restrictions when in pubs or similar establishments. And they are right, 100%.

But for whatever reason, the government bowed to the pressure; rolled over to appease our unwavering obsession with the pub. The media held a mirror to this obsession during the pandemic and staring back at us was a reflection of that boorish Father Jack-type caricature of Irish people. It was us baying for the pubs to re-open like their closure has denied us of some unwritten civil liberty. If the first headline every evening during lockdown was the number of cases and deaths from Covid-19, the second was about the pubs. They are still closed. When are they opening? The clamour was unending.

Our priorities were askew from day one and that has seeped into the government's plan to live with Covid-19. At every level now, from one to five, of the government's restriction roadmap, the pubs are marked 'open' in some shape or form. Outdoor seating, indoor seating, restricted numbers. It's all nonsense. It's surface-dressing so the government never has the ignominy of completely closing the pubs in Ireland again.

The re-opening of wet pubs came at possibly the worst time since the beginning of the pandemic. Numbers are growing and NPHET is warning a number of counties of the possibility of further restrictions due to the spread of the virus. The pubs elsewhere in the country opened as our capital city went into a semi-lockdown. Donegal has followed into Level 3 and the 14-day incidence rate of the virus nationally is growing all the time. We hear it every day.

Their re-opening was totally at odds with the general public health advice we hear from government and the Chief Medical Office Ronan Glynn. Reduce social contracts; redouble our efforts, and on and on the tropes come from those in charge. At the same time, we are told we're allowed to go to the pub with no time limit and sink pints to our heart's content. We do it under the assumption that pubs are sticking to the restrictions. We'll come back to that.

As we argue over having pints without €9 burgers or how many drinks can down in an hour and a half, 700,000 people are waiting on hospital outpatient appointments. People are going without cancer screening and treatment. Basic services for children with diseases and disabilities are on hold. None of these things appear on any plan. We've got this all wrong.

When it comes to pubs, the government seem to be pushing us to go to them because they are 'controlled' environments, unlike households where outbreaks are occurring. That's only true if we take for granted the publicans are indeed controlling them. The vast majority are but some aren't - a significant number, in fact.

An average of 15 pubs a week, and over 230 since July, have been found in breach of guidelines by gardaí, and that's just the ones getting caught. There is anecdotal evidence from around the country of doors of pubs supposedly serving food opening at 2am and hordes of people spilling out onto the streets.

'Ah, it's only the regulars,' they'd say, and suddenly there are 40 people in the bar growing closer to each other and less aware of their surroundings as the drink disappears. We have heard the Vintners telling us how responsible publicans are but that's a rose-tinted and self-serving view. It may represent the majority, and I fully believe this to be true, but the problem is with the outliers - pubs strapped for cash after a six-month closure looking to make money back. You nearly can't blame them on that front as it's been a tough year, but at what cost does their quick buck come?

Pubs have been asking to be reopened since early summer when the government's roadmap was announced. They point to figures showing few or no clusters associated with pubs as a reason why they should have been allowed open sooner, but Professor Philip Nolan, chair of the Irish Epidemiology Modelling Advisory Group, succinctly shut that argument down last week. He also explained why so many clusters are classed as household outbreaks.

He said it was reasonable to ask: "why close restaurants and pubs if there are so few outbreaks associated with those environments?" However, he said the posing of such a question and what it implies accounts to "misreading and misinterpreting the data on outbreaks and clusters."

He explained: "If I went out five days ago and caught the virus in a restaurant, it will have multiplied silently inside me for three days; then I will have started shedding virus, and potentially infecting others, for two days; today I become symptomatic, self-isolate, and get a test.

"Public health only ask me about my contacts for the 48 hours before I developed symptoms. They don’t need to know where I got the virus; that happened five days ago. They want to know where the virus is going, who I might have infected, and prevent onward transmission.

"My contacts are tested, and unfortunately two of my family are infected. It’s now a household outbreak, and I am a case of community transmission. Even though I got it in a restaurant and brought it home. We have lots of international evidence from better-resourced systems on how the virus transmits: we know that social settings, including bars and restaurants, drive community transmission," he added.

One such study was carried out by the Texas Medical Association back in July. It revealed the riskiest activities you can do when it comes to contracting Covid-19. Their chart graded activities from low risk to high risk. A grade of one to six is considered a low to moderate risk with rankings of seven and above in the higher categories.

The study revealed that the activity that leaves you most at risk of getting Covid-19 is going to a busy bar or a pub. It is as dangerous as going to a packed concert or sports event in a stadium, they argued. Now, we shouldn't have packed pubs around Ireland because of the restrictions but we have to trust the publicans in that regard, and it appears the guard is dropping in some places.

This relaxation is the epitome of the old Irish adage: 'Ah, sure one more couldn't hurt.'

Such an attitude could prove a cruel irony.