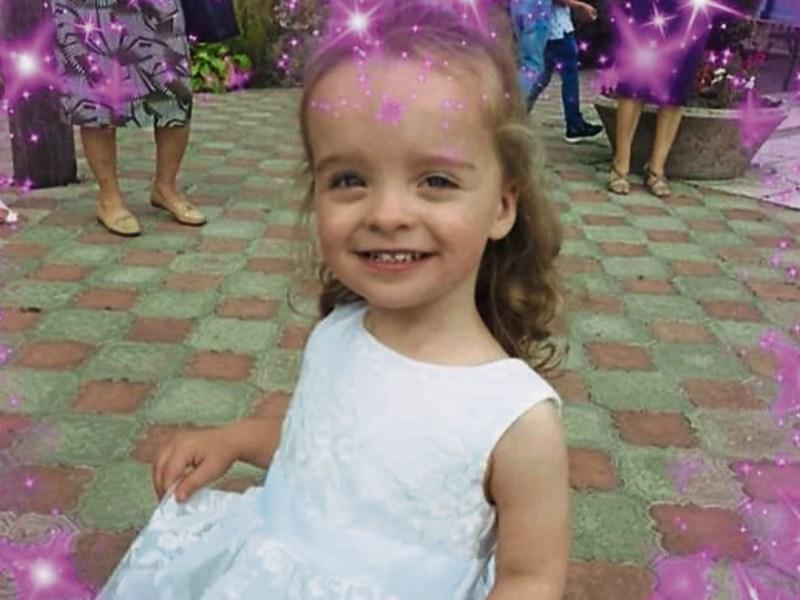 Three-year-old Sophia Melnychuk, who died tragically in an accident near her home in Carrick-on-Suir on Tuesday afternoon

The GoFundMe page set up to support the devastated family of the three-year-old girl who died tragically in an accident involving a bus in Carrick-on-Suir on Tuesday has raised more than €60,000 since it was opened.

There has been an overwhelming response by the people of Carrick-on-Suir and further afield to the fundraising campaign set up for the Ukrainian family grieving the death of their beautiful daughter, named locally as Sophia Melnychuk.

Tragedy struck the family shortly after 4pm on Tuesday when the young girl died after she was struck by a bus near her home at Castle Heights, Carrickbeg.

The GoFundMe page Sophia's Farewell was set up by Lee Murphy yesterday (Wednesday) afternoon to support Sophia's family with funeral and other costs and by 12.30am today it had received donations of €50,090.

Many of the 1,825 contributors to the fund accompanied their donations with heartfelt messages of sympathy to Sophia's family.

In his introduction to the Sophia's Farewell GoFundMe pages, Mr Murphy said Sophia's family were devastated and cannot believe their little girl is gone forever.

“We have been close friends with this family along time and want to support them any way we can and as best we can,” he said.

Mr Murphy said the tragedy had shocked  all the people of Carrick-on-Suir and he hoped everyone would support “this beautiful family through this heartbreaking time”.

Meanwhile, Fr Tom Flynn PP of Carrickbeg/Windgap parish said the local community would do everything they possibly could to support the family through the shocking tragedy that had befallen them.

“They are a family that are very much part of the community, a very well liked family and anybody who knows them speaks very highly of them,' said Father Flynn.

Carrick-on-Suir Cllr David Dunne said he had been in the family home the day before the accident helping the mother of the child on council matters.

'The family are heartbroken and the community is devastated for them. Her parents are both from Ukraine and the girl had two older brothers. The  family are living in Carrick for a good few years. They are part of a sizeable and hard working eastern European community in the town. The little girl herself would have been born in South Tipperary General Hospital in Clonmel' said Cllr Dunne.

The link for Sophia’s Farewell GoFundme page is: https://ie.gofundme.com/f/sophias-farewell