WATCH: Carlow Rose speaks to her brother who quips that she's to become new member of band Aslan

'You're going to be the new member of Aslan soon are ya?' 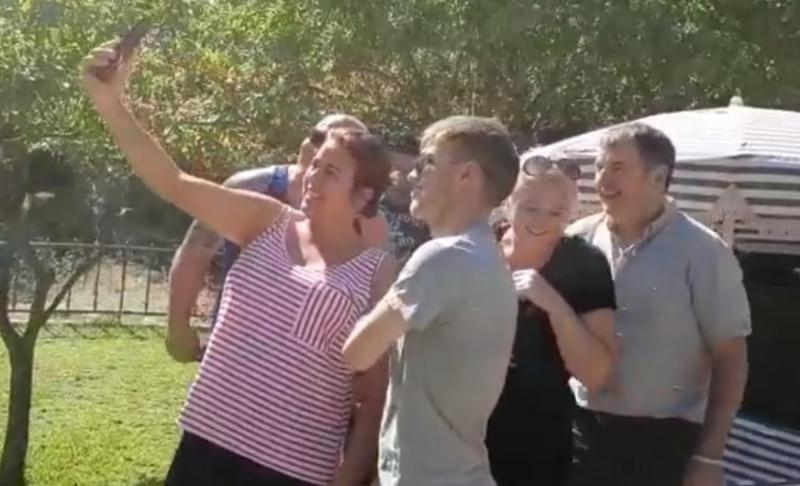 Luke Ray Lacey - the Carlow Rose's brother - is currently volunteering in Africa with The Journey and he spoke to his sister, Shauna, on Tuesday ahead of the final night of the Rose of Tralee.

The Journey is a social enterprise business with mainly an environmental objective and they offer people the opportunity to travel with them and make a change in someone's life.

They are deep in the Atlas Mountains in Morocco at present and are building a playground.

Watch the video below to hear what Luke said:

Shauna isn't the only one that inherited her late father's musical talents, Luke is also well able to hold a note and has been performing to children on his travels.

He is a musician who was in the limelight a few years ago when he was a finalist in the TV show The Voice of Ireland.

In a post on Facebook, a spokesperson for The Journey said: "Nearly 5 years ago I met Luke Ray Lacey busking on Tullow Street, ever since then every time I met him I spoke about coming out to sing for poor children.

"Luke always thought I was all talk and no action. They were all singing yesterday, Luke mesmerized these children, they couldn't get enough of him.

"While the children were entertained, Sean and myself were building the playground, Susan Morris, Fiona Toohey, Sue Kelly and Jonny Clancy captured every moment on camera.

"While all this was going on Sue, Susan and Fiona had time to fit shoes on every child. The playground is not finished yet myself Sue and my nephew Jack Kelly will put the final touches to it on Friday.

"Last night we gathered around my phone with some locals and Hungarian guests to watch the Rose of Tralee, the Carlow Rose Shauna is Luke's sister, tonight we hopefully will watch her win."

Read also: 'Out of the 57 Roses this year, I’m the only one with a child,' says Carlow's Shauna Ray Lacey