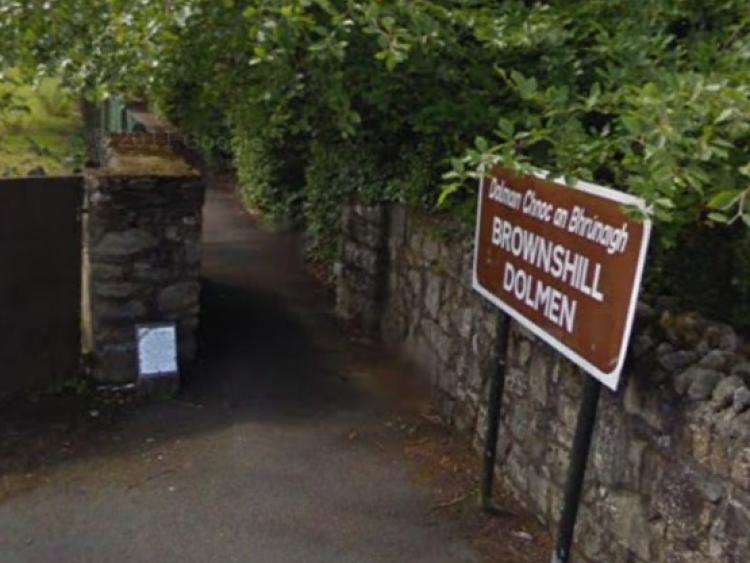 A Carlow councillor says it’s "disappointing" that efforts to improve access for visitors to a national monument site in Carlow could take another two years now before works can happen as Ministerial consent has to be given.

Land was acquired 17 years ago to enhance the area around the Brownshill Dolmen but the transfer of ownership was only recently made legal.

Cllr Fergal Browne says the response from the Office of Public Works is disappointing "on many fronts".

He said: "All we are looking for is to improve access up to and around the dolmen, it has taken 17 years to transfer land ownership and now it might take a further two years."

In a letter to Cllr Browne, seen by Carlow Live, the OPW said: "As you are aware, the transfer of ownership process is complete. Interpretative signage has been re-designed and is currently in production.

"Works cannot be undertaken at the site without Ministerial Consent. It is hoped that the application will be with the Department of Culture, Heritage and the Gaeltacht before the end of 2018 at the very latest. If the application is successful, the project will be included in the 2019 Business Plan.

"The remit of the Office of Public Works is one of conservation and preservation. While I understand your desire to have this project completed as soon as possible, the reality is that the Monument itself is not at risk.

"There are a number of other National Monument sites that require intervention and resources will be directed to those sites in the first instance.

"However, I can inform you that an undertaking has already been given by the OPW that the works will be carried out within two years of the receipt of the aforementioned Ministerial Consent."

Cllr Browne added: "Why was the licence not applied for by now? Carlow County Council are currently doing works to enhance the walls at the entrance.

"I am requesting a meeting with Minister of State for the OPW, Kevin 'Boxer' Moran to discuss this matter further."

A screenshot from the video