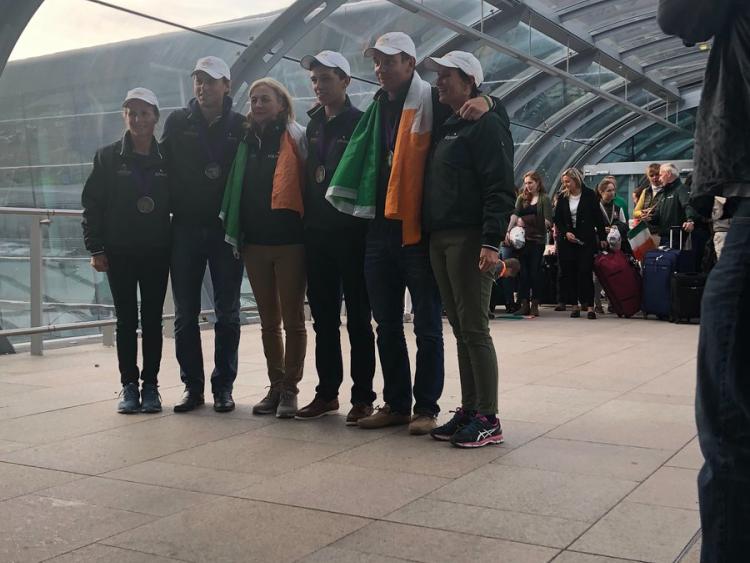 Team Ireland Equestrian - which boasts Sam Watson from Ballybolger Stud in Nurney - has returned home after claiming a silver medal at the World Equestrian Games and a spot at the Tokyo Olympics in 2020.

She said: "This is a massive achievement and of course Sam Watson from Ballybolger Stud in Nurney is on the team so I can say #carlowrisingagain!

"His father John won an individual silver four decades ago in Kentucky and now Sam and his team are celebrating the fact that the Irish eventing team are the first Irish team in any sport to have qualified for the Tokyo Olympics."

Tipperary's Padraig McCarthy took the second spot on the podium in the individual competition after a stunning performance from his mount Mr Chunky.

He became the first person to claim the individual silver since Sam's father.

Welcome home team - you had the Irish Army behind you every step of the way @tryon2018 @FEI_Global pic.twitter.com/4HWOCAEguL

Senator Murnane O'Connor added: "They arrived home last night (Wednesday) and they were a sight for sore eyes in Dublin Airport. There was no luck involved let me tell you, it was the product of seriously hard work and they all deserve our support."