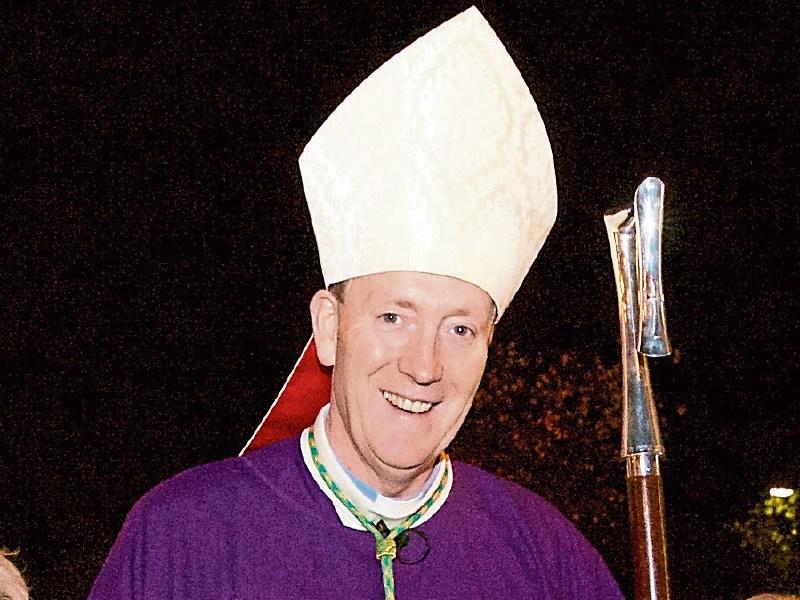 Bishop Denis Nulty has announced the establishment of a Diocesan Pastoral Council in the Diocese of Kildare and Leighlin.

The announcement was made at a gathering of priests, religious, permanent deacons and lay people that took place in Mount Saint Anne’s in Killenard, Co Laois, on Monday, November 19.

The meeting was facilitated by Father Eamonn Fitzgibbon of Limerick Diocese with inputs from Julie Kavanagh of Kildare & Leighlin Faith Development Services and Father Mícheál Murphy, Chairperson of the Council of Priests.

A Diocesan Pastoral Council is a representative body of the diocesan community, comprising people and clergy who work in close partnership with the Bishop to further the mission of the Church.

The main purpose of the Diocesan Pastoral Council is as a consultative group with whom the Bishop can explore, reflect and discuss pastoral matters.

The gathering was part of an on-going series of meetings that have taken place as part of diocesan-wide reflections on the challenges and changes facing parishes.

These meetings also follow on from the publication of a Pastoral Letter in May 2017 by Bishop Nulty on Facing Changes & Challenges Together.

Speaking at the gathering of more than 200 people, Bishop Nulty said: "Tonight, is our eighth meeting as a diocese since that Pastoral Letter in May 2017, many of those meetings were for the priests only, in more recent times they were like tonight, larger assemblies of all God’s people.

"The eight do not include all the Council of Priests or Deanery meetings on this topic. There is a sense that at times the topic has moved from the hot ring on the cooker to the bottom oven, maybe even into the cold room.

"It’s hard for all of us to keep momentum going and even to track discussion points.

"In that respect I am announcing tonight the formation of a Diocesan Pastoral Council to drive this topic, to own this agenda, to help shape the journey ahead.

Bishop Nulty went on to outline the membership of the Diocesan Pastoral Council and added: "The members must be people of faith who have competency, interest and skills to deal with the issues that tonight’s subject matter involves.

"My intention would be that the names will be submitted to me in early January with the intention of the first meeting of the Diocesan Pastoral Council on Tuesday 29 January in Bishops’ House.

"Those who serve on it will be carefully chosen by their peers and supported completely by them.

"It is not a matter of letting them at it; it’s about a deliberate discernment to a preferred model of Church in Kildare & Leighlin, rather than an un-reflected drift into some probable model, that’s made up as we stumble along."

Bishop Nulty said that he has intentionally structured the Diocesan Pastoral Council to include more lay people than priests as the priests already have many vehicles for conversation, discussion and discernment, including the Council of Priests.

He said that while priests are key in this process, that something is needed, which keeps our discussion on track, where all are represented around the table.

Bishop Nulty will nominate people to the Diocesan Pastoral Council to represent Faith Development Services, and the Religious and Permanent Diaconate in the Diocese.

He has also announced the appointment of Monsignor John Byrne, Vicar General in the Diocese to chair this Diocesan Pastoral Council.

Bishop Nulty said: "The Diocesan Pastoral Council is an attempt to create a new culture in Kildare & Leighlin Diocese, where priests are allowed and permitted to ‘let go’ and laity encouraged and empowered to ‘take up’.

"It’s a move from spectator to player mode. I have no doubt the new Council will look at ecclesiology and our understanding as a Diocesan Pastoral Council of what Church means in 2018, it will address the training of lay people and appropriate timescales to keep us all on track.

"My hope and prayer is that out of the establishment of this Diocesan Pastoral Council that every parish will feel enabled to renew, reform, re-energise their own Parish Pastoral Council or lay leadership group - a group that is pastoral in its intent, planning for the pastoral needs of all within its territory.

"So in answer to the question: ‘What is God asking of me in Kildare & Leighlin at this time?’ – I think it is to be brave and courageous and allow the Spirit to move amongst us and shape our shared future together."