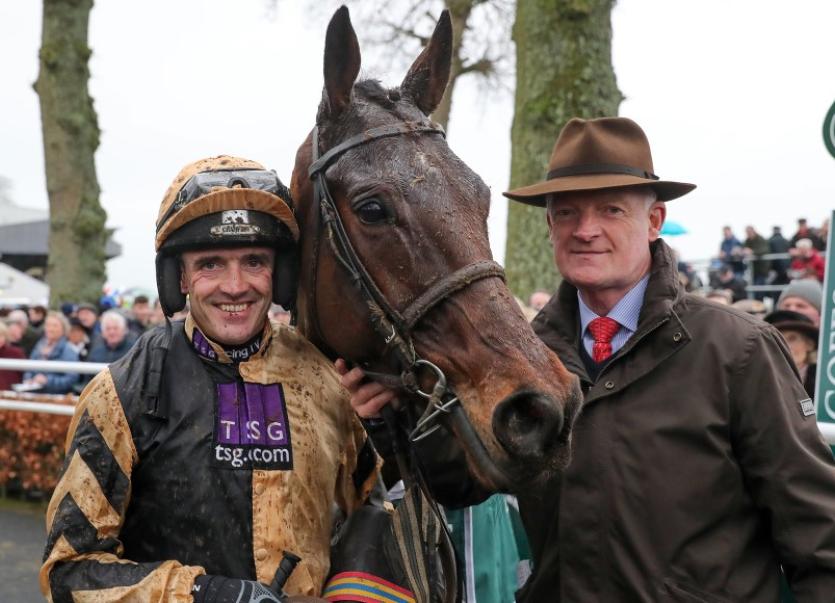 The horse breeding and racing industries support 2,400 jobs in direct, indirect and secondary employment in counties Carlow and Kilkenny.

This is just one of the key findings of a Regional Economic Impact Study conducted by Horse Racing Ireland and Deloitte, which is published today.

The study highlights the economic reach of the industry, and has found that €123 million of direct and indirect expenditure is generated in Carlow and Kilkenny each year.

Among the 50 trainers in the region are three of Ireland’s biggest and most successful, Willie Mullins, Joseph O'Brien and Jim Bolger.

Hugely successful at the annual Cheltenham Festival, Mullins is the country’s perennial champion National Hunt trainer while O’Brien made headlines around the world when becoming the youngest trainer to win the Melbourne Cup in 2017.

Legendary Flat trainer Jim Bolger is a former Irish champion trainer and his most notable wins include the Epsom Derby and Oaks.

Their training establishments, and those that operate on a smaller scale, are huge employment drivers in the local economy.

The primary contributor to the direct economic impact of the industry in the Carlow and Kilkenny is the breeding sector.

More than 500 breeders are registered in the region supporting a broodmare population of 1,300 and among the leading operators are Ballylinch Stud in Kilkenny and Ballyhane Stud in Carlow.

The direct economic impact of breeding operations in the region is €34m, generated primarily through bloodstock sales of €32m.

With 18 fixtures a year, Gowran Park is one of the busiest racecourses in the country, hosting a number of high-profile races over jumps and on the Flat.

Feature National Hunt races at the County Kilkenny venue include the historic Goffs Thyestes Chase, the John Mulhern Galmoy Hurdle, the Red Mills Trial Hurdle and the Red Mills Chase while on the Flat, the Group 3 Denny Cordell Lavarack/Lanwades Stud Fillies Stakes in September is the annual highlight.

Brian Kavanagh, CEO of Horse Racing Ireland, said: “This new report underlines the incredible impact the industry has in Carlow and Kilkenny.

"The region is home to three of the most powerful racing yards in the country, continually focussing the eyes of the racing world on an area where there is such a rich history of racing and breeding.

"It is an ambition of Horse Racing Ireland to build on that successful tradition, increasing the numbers employed and adding to an already impressive contribution to the local economy."