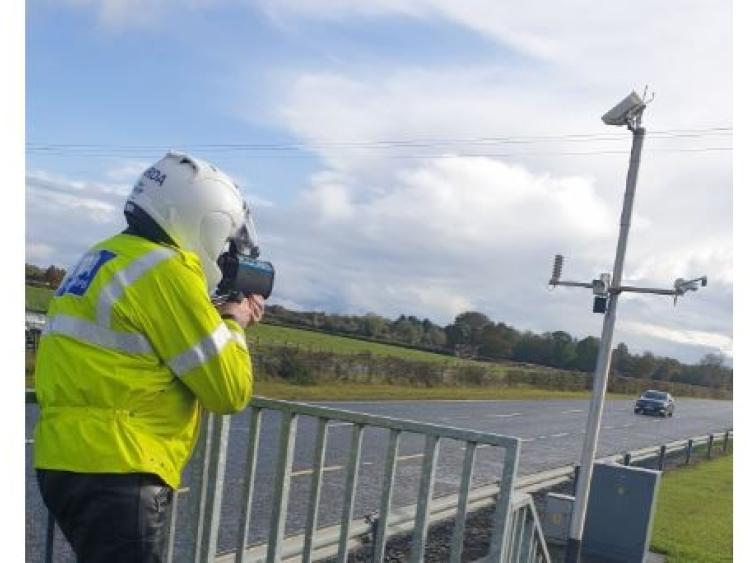 A Garda with a laser speed gun

Naas Roads Policing Unit confirmed they stopped a car speeding at 182km/h on a motorway in Kildare earlier this month.

As the speed had exceeded the legal limit by over 60km/h, the penalties were more serious than just a fine and penalty points.

The driver was immediately arrested for dangerous driving at the scene.

Then, following a court appearance, the motorist was sentenced to 10 months in prison.

In addition, he has been disqualified from driving for 10 years.