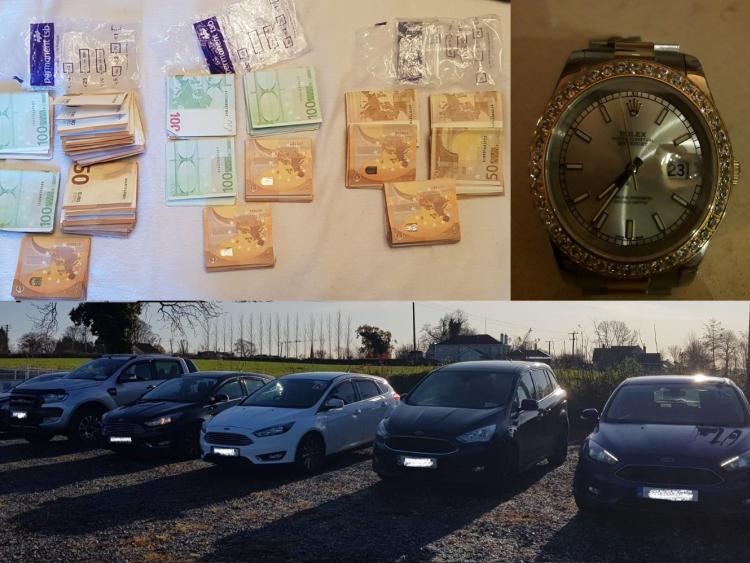 Six cars, counterfeit notes, cash and Rolex watches were among the items seized by Gardaí during search operations across eight counties including Laois on Thursday morning.

The search was focused on targeting the assets and activities of an Organised Criminal Group involved in the sale and supply of controlled drugs in the Longford area.

A male in his 20s has been arrested by local Gardaí under the Criminal Justice (Theft and Fraud) Offences Act, 2001.