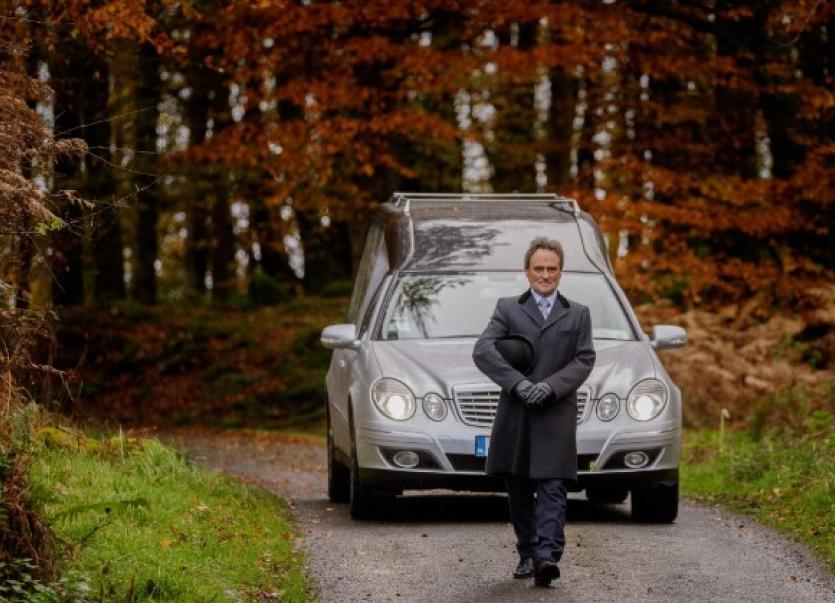 A ground-breaking RTÉ documentary produced and directed by a Kildare woman attracted a large audience when it was screened last week.

Gillian Marsh, who is the daughter of Sheila and the late Jim Marsh, grew up in Calverstown near Kilcullen.

Her dad Jim, who died in 2009, worked as a vet in the racing industry.

The viewership figures for The Funeral Director were 313,700 and it had a 28% share of the available audience.

It was also streamed on the RTÉ Player 23,400 times up to Sunday last.

Gillian founded her own TV production company — GMarsh TV — in 1997 which has since built its name producing distinctive television with a rural edge.

Co Mayo-based Gillian told the Kildare Post this week: “I was so delighted the programme went down well.

“It was a tough programme to make, and with a subject like death you don’t know how it will be received.”

The Funeral Director offered an unprecedented glimpse into a world most of us never consider until it is thrust upon us by bereavement.

Told from the perspective of pioneering Sligo funeral director David McGowan, the documentary unflinchingly drew back the veil on an industry that is rarely spoken of.

With unprecedented access to the procedures, science and etiquette of the funeral director, the documentary makers followed David as he shared his personal perspective on the sombre business he describes as his “passion”.

He described being thrown into the profession when his father bought a country pub which included an undertakers business in the 1970s.

When he joined the family business, he was determined to offer the best possible service to his clients.

He travelled to America, learning his trade at Chicago’s Cook County Morgue — one of the world’s busiest mortuaries.

In The Funeral Director, David recalled the daily workload of murder victims, unclaimed corpses and overdosed high school kids — a world far removed from the West of Ireland funeral parlours and wakes of his formative years.

Since returning to Ireland in the 1980s, he continued to apply all the lessons he learned to a culture renowned for “grieving better than anyone else in the world”.

Somehow balancing family life with the 24/7 demands of his job, David became famous for transforming giant vehicles into luxury ‘glamping accommodation, including a retired airliner a 767 which he transported by sea-barge to his site in Enniscrone.

Viewers met David’s friend and client Dougie Hopkins who was a former pilot and biker in the final stages of terminal cancer.

They also witnessed Dougie arrange to have his cremated remains buried in the roots of a live oak tree planted at the rear of the plane.

The programme is available on the RTÉ Player.