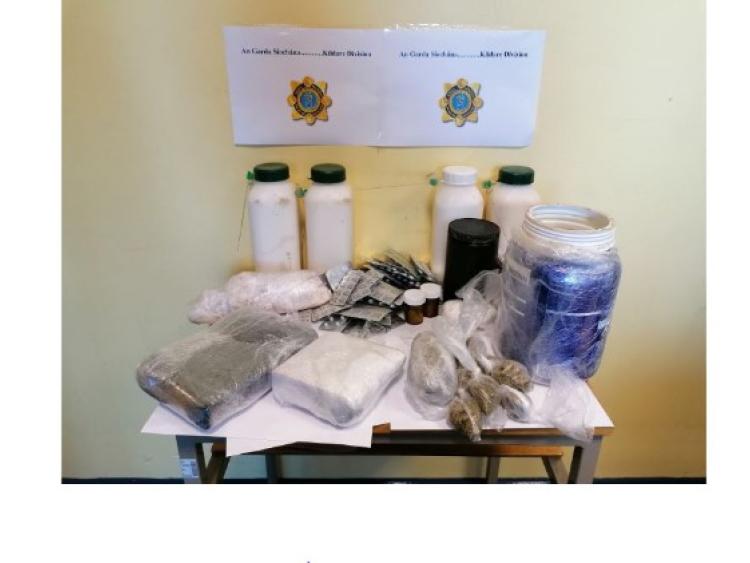 The drugs on display

On Friday, a Garda search operation in Ballymore Eustace led to a seizure of €180,000 in drugs.

A premises was searched by Naas Gardaí, Naas District Detective and Drugs Units with the assistance of the Garda Air Support Unit.

During the course of the operation, suspected cocaine (pending analysis) with an estimated street value of €160,000 was seized.

A man in his early 40s has been arrested and is currently being detained under the provisions of Section 2 of the Criminal Justice (Drug Trafficking) Act at Naas Garda Station.