Can you believe it?! Gardaí nab motorist with 'homemade' insurance disc during lockdown 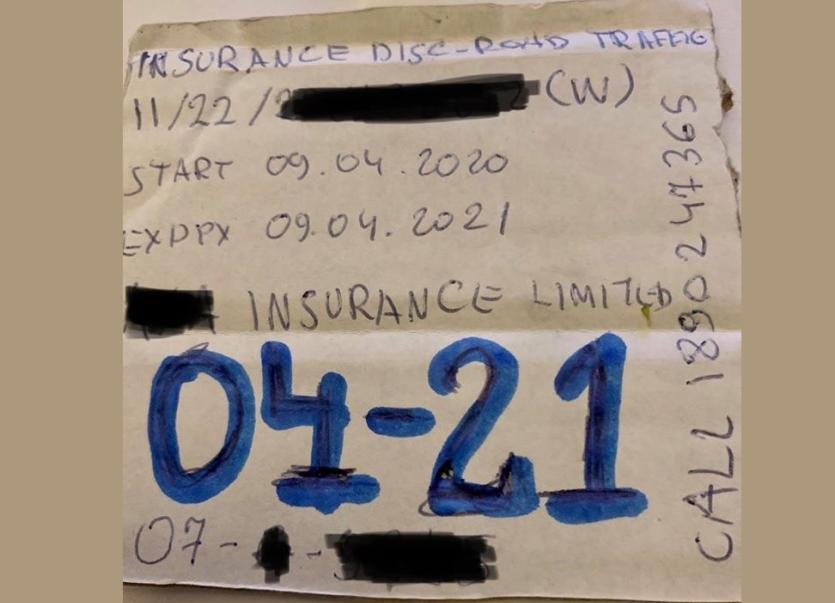 The disc which was on the windscreen

A motorist who allegedly used his time in lockdown to make a homemade insurance disc is facing prosecution before the courts and possible disqualification.

The DIY disc, which suggested the vehicle has been insured since April 9, 2020, included all of the features you would expect to find on a legitimate disc including the registration of the car and an expriry date of ‘04-21’.

However, the use of a blue-coloured marker and the absence of a valid policy number arose the suspicion of gardai  from unit D at Henry Stree who encountered the vehicle while on Covid-19 patrol.

“Enquiries revealed the driver was not insured. The car was seized and the driver will be receiving a not so homemade summons to appear in court,” said a spokesperson.

A post on social media highlighting the detection has gone viral attracting ore than 2,000 comments.