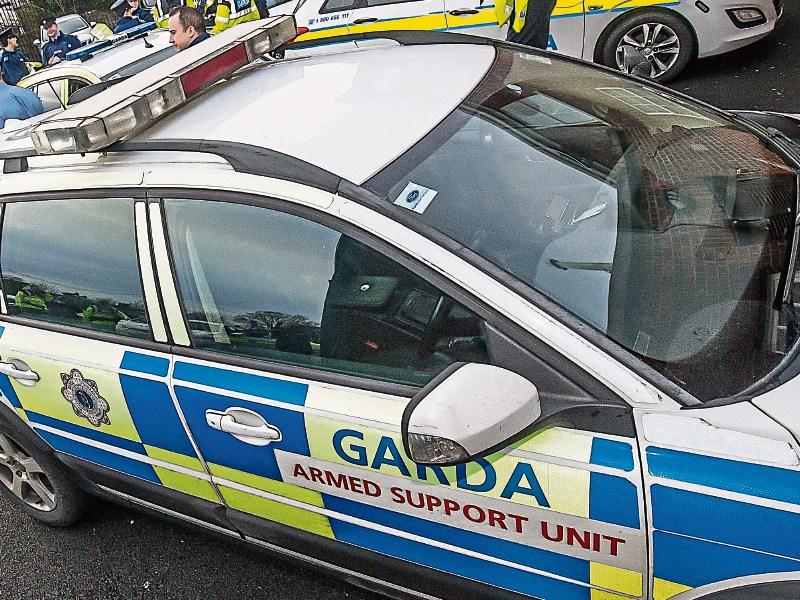 Four South Americans are in custody in Portlaoise and Tullamore garda stations after being stopped at a checkpoint in Clara on their way to Tullamore, with the intent, gardai suspect, of attacking a house with a submachine gun and sawn-off shotgun.

The four men, who are believed to be Brazilian, were stopped and confronted by armed and unarmed gardaí in Clara, Co Offaly at a checkpoint in the early hours of Wednesday morning, May 26.

Gardaí are in the early stages of questioning the men and confirming their identities and motives. It is understood that two of the men have given addresses in Ballymahon, Co Longford while the others claim to be living in Dublin.

While the investigation remains at an early stage, Gardaí believe the men, aged in their 30s, were on their way to a house in Arden View in Tullamore.

They believe that the four may have been recruited by one of two families in Tullamore who have been involved in an ongoing dispute. The feud flared up in recent weeks when a brawl took place in the estate.

Tensions erupted over what is believed to have been a small drug debt but the families have been in conflict for some period of time.

The suspects were detained under section 30 Offences Against the State Act.

Apart from recovering the firearms several rounds of ammunition were also recovered.

A source said that men were on their way to 'shoot up' a house where children may have been present.

It is not clear if the they intended to target an individual.

The garda's armed Emergency Response Unit was involved in the operation which saw three men detained in a van while the fourth was travelling separately in a car.

It is reported the Garda's Security and Intelligence section, which also investigates subversive crime  was involved in the operation alongside Laois Offaly Division officers.