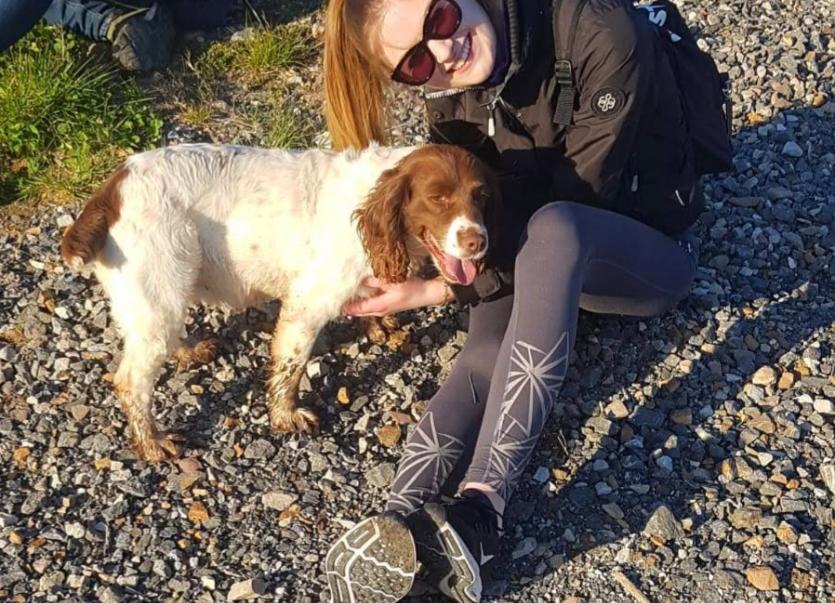 A Tipperary woman is making an emotional plea to the public following the theft of her beloved family dog.

The Eichholz family’s world was turned upside down when Molly, a nine-year-old brown and white Springer Spaniel, was stolen from outside their home at the four crossroads near Cappawhite on July 17 between approximately 9pm and 10pm.

The family has been using the Bring Molly Home Facebook page to reach as many people as possible in the hope that someone knows where she is now. They are offering a reward of €2,500 for Molly’s safe return home to Cappawhite. “We are trying to keep things going as a family but there is nothing else we can think about and talk about. It is so hard to do anything other than search for Molly,” Ciara Eichholz says.

The family has another Springer Spaniel, Millie, who is lost without her best friend. “We would take them on walks together and the two of them would walk so close that their backs would be touching. We would play out in the yard with them, and Millie is younger and faster but she always lets Molly get the ball when we throw it. They really do need and love each other,” Ciara says.

Ciara believes an opportunist stole Molly, having received a reliable tip -off from a member of the public. “They are inside dogs and we only let them out into the yard to go to the toilet. They would be good to potter around and come back in. Molly would often go over to the neighbour’s house and eat their cat’s food. She was picked up off the road - we know that for sure! We got a tip off a week later but we have been unable to trace her since then. It was completely reliable information and we passed it onto the gardaí. We don’t know where she is now, but we are not giving up,” she says.

Ciara says criminals are deploying various tactics to steal dogs. “They try to coax the dogs over to them or they send children over to distract you or to take the dogs if they are small enough," she says.

“They are marking houses that have dogs - people are being warned to watch out for chalk markings on their walls and cable ties around their fences. They are as bold as brass and will do anything to steal a dog,” she says.

“During the Covid-19 lockdown, many people weren’t working and decided they would commit to getting a dog. There is a huge demand for dogs now, which has seen the price of dogs skyrocket. People are now selling €200 dogs for €2,000. People have seized this opportunity to steal dogs and sell them for quick cash,” she continues.

Ciara is calling on the Government to introduce new laws that would make stealing a family pet a more serious offence. “Robbing a dog at the moment is like robbing a mobile. You might get a fine and a slap on the wrist. Pets are living creatures, and it is so easy to rob a dog and have no consequences. A lot of families just pay money to get their dogs back and the crime goes unpunished,” she adds.

Anyone with information that may help with the search for Molly can contact the Bring Molly Home Facebook page or 086-8040561.