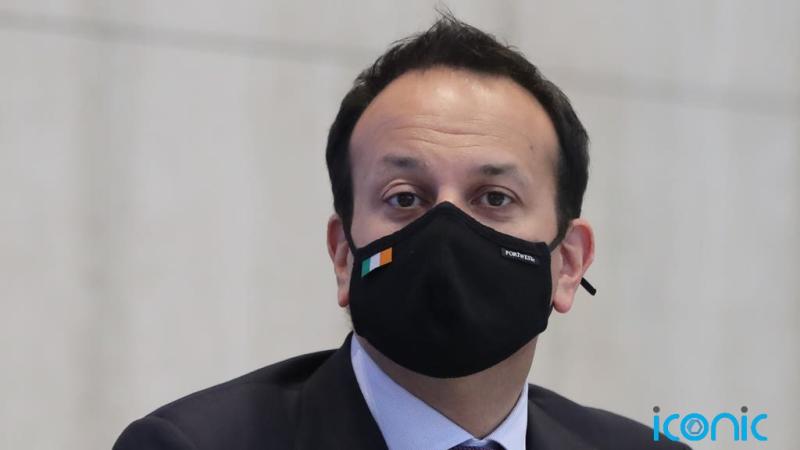 There is no “secret plan” to introduce more Covid-19 restrictions before the new year, Tanaiste Leo Varadkar has said.

Reports at the weekend suggested ministers had been briefed on the possibility of the need for stricter curbs, but these were later dismissed as “speculative” by the chief medical officer.

Mr Varadkar said he was “confident” that new measures that came into effect on Monday, including an 8pm closure of hospitality, would be enough to combat the coming Omicron wave.

But he said nothing could be ruled out, particularly if the situation in hospitals deteriorates.

Mr Varadkar said: “There are no plans to tighten restrictions further, the restrictions that come into effect today will last until January 30.

“Of course, we can’t rule out being able to ease restrictions earlier or having to tighten them if there was a sudden deterioration or major deterioration in terms of the picture in our hospitals, for example.”

He added: “(There is) No secret plan for any additional restrictions before Christmas for the new year or even in January.

“But of course the caveat is that it’s not possible to rule anything out in this pandemic.”

Mr Varadkar said the Government was conscious that the 8pm closing time for hospitality may lead to more social gatherings in private homes.

He said the objective is not to prevent people from socialising, but to reduce it.

“The objective isn’t to eliminate people from mixing with other people, it’s trying to reduce it by about 30%.

“That’s what our public health advisers think is necessary to weather this Omicron wave,” the Tanaiste told reporters on Monday.

“What I’d say to anyone who is considering visiting another person’s house or attending a small house party, first of all, the guidance is not to have more than four households in a house.

“We would ask people follow that guidance. But crucially, and perhaps as importantly, get your booster if you can.

“You are much more protected if you’ve had that extra dose. Don’t go to anybody else’s house or any house party if you’re experiencing symptoms of Covid.

“Isolate, get a test, and if you’re not having any symptoms, consider an antigen test. People will still be able to mix relatively safely.”

He added: “But I don’t think they will translate into the levels of hospitalisation or ICU admissions or deaths that maybe we fear.

“But that won’t be clear reading for another couple of weeks.”

Asked if he was confident the new measures will work, he said: “Yeah, I’m confident. I’m not certain, but I am confident.”

Dr Tony Holohan said on Monday that the National Public Health Emergency Team (Nphet) would continue to monitor the spread of the Omicron variant over Christmas and did not rule out the need for tougher measures to protect the health system.

Omicron is now the dominant Covid-19 strain in Ireland, health officials have said.

The Health Protection Surveillance Centre has estimated that approximately 52% of reported cases are now due to the Omicron variant.

From Monday, restaurants and bars, excluding takeaways and delivery services, must close at 8pm.

The Government has also said there should be no indoor events after 8pm and attendance at indoor and outdoor events earlier in the day will be restricted.

Dr Holohan said he hoped the measures would be enough to curb a sharp rise in infections, but warned people to “buy into not just the letter but the spirit of that guidance”.

“We believe that if we can follow the measures that have been mandated and decided upon by Government that we can have without recourse to further restrictions, so my message is now to concentrate on what’s in front of us.”

He said that no decision has been made on extra restrictions, but stressed that health officials will keep watching the situation closely in the coming days.

“We’re not going away for Christmas,” he said.

“We continue to monitor the effects but a series of measures have now been mandated by Government. They’re only coming into effect today. We believe that they will substantially cut the total volume of social contact across society.”

Dr Holohan called on people to reduce the number of people they meet over Christmas.

“Because things are open, it doesn’t mean that you have to do them, necessarily.”

He refused to speculate over whether schools would remain closed after the Christmas holidays, amid concerns about the spread of the virus among children.

He said that Nphet would watch the situation closely.

The chief medical officer stressed that vaccines and booster jabs should protect people from severe disease.

Asked on RTE radio whether next Christmas might look more normal, he said: “My focus is on this Christmas, because we’re right now in a situation where, and I don’t like using analogies like tidal waves and so on, but the wave of infection that this is going to represent is right in front of us now.

“I’m not going to speculate as to where we’re going to be next Christmas in relation to all of those things. My focus, as I say right now, is on the imminent risk that exists from a public health point of view arising from Omicron for the Irish public.”