OPINION: Ploughing organisers made a mistake this year but will never admit it 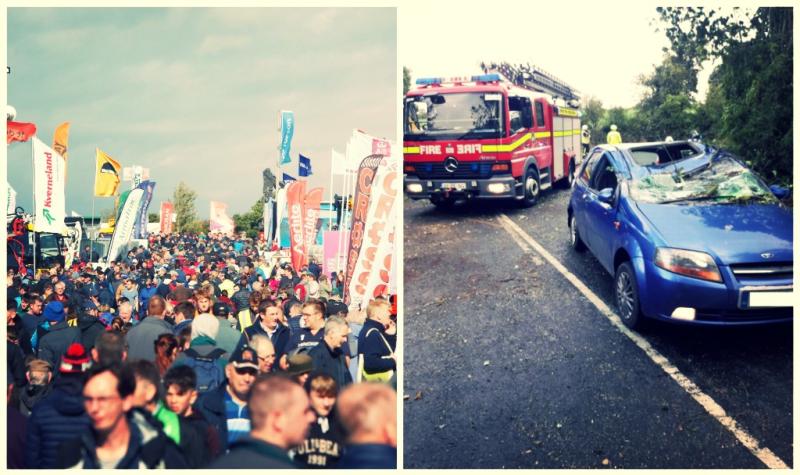 OPINION: Ploughing organisers made a mistake this year but will never admit it

The National Ploughing Association is a force of nature, of that there is no doubt. A quarter of a million people in a field in Offaly, Carlow, Laois, or wherever they set their sights on, is something to behold and something that rightly garners huge respect.

The National Ploughing Championships was also undoubtedly a challenge in 2018. Managing Director Anna May McHugh described it as "hugely stressful" on the Ray D'Arcy Show over the weekend as she reflected on three years in Screggan, Storm Ali and Pat Deering's foray into the NPA's lion's den with his now infamous slip of the tongue over next year's venue.

The weather was the big story of the week - Storm Ali left its mark on the country with two deaths, 240,000 people without power, hundreds of trees down and roads blocked. Indeed in Offaly, a woman in her 70s had a lucky escape after a tree fell on her car as thousands of cars lined routes to the Ploughing on Wednesday morning. Whether this woman was on her way to the Ploughing or not is irrelevant; the accident shows the danger that was present, not only on the nation's roads, but on roads a matter of miles from the Ploughing site itself. 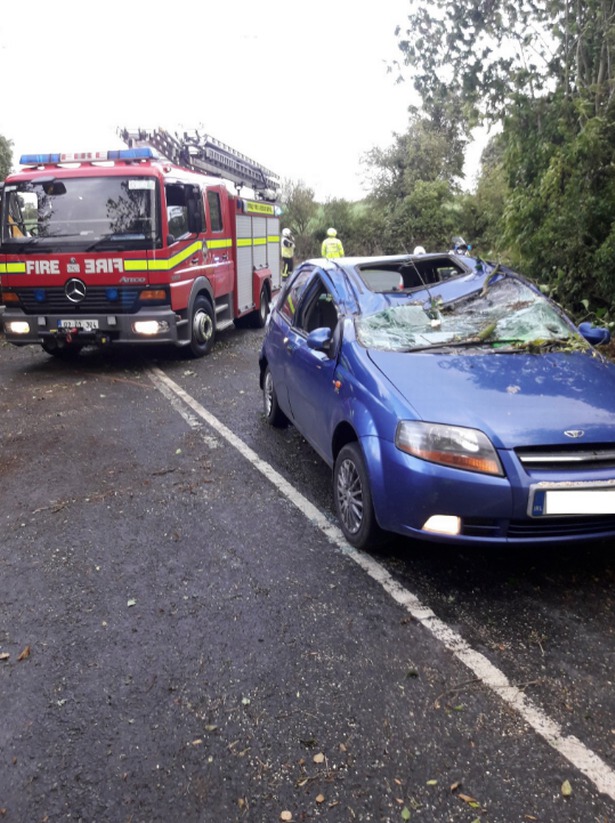 PICTURED: The aftermath of an accident in Clara where a tree fell onto an elderly woman's car

Truth be told, so many people who made the journey, should not have been on the road, and would not have been, had the National Ploughing Championships been called off for the day. That's the long and short of it; the inconvenient truth that the NPA has disowned in the days since.

That denial of responsibility seems to have gone unchecked in the aftermath. The decision to announce last Tuesday evening that the National Ploughing Championships in Screggan would open, albeit at the later time of 11am, on Wednesday morning, set in motion a very obvious chain of events. People in Cork, Kerry, Donegal and all over the country started planning their journeys to Offaly. They were clearly going to leave at 6am or 7am in order to be in Tullamore at 11am, during the height of the storm.

Let's take a look at the facts. That NPA decision was made in the full knowledge of a Status Orange Wind Warning covering Offaly for Wednesday morning, all the way to lunchtime. The warning had earlier been confined to mostly coastal counties but at 4pm on Tuesday, the orange blanket spread to Offaly, a warning that predicted possible gusts of 130km/h and a possible 'risk to life' from flying debris.

The NPA spoke to the media minutes after that warning, explaining that the organisation was "in constant contact" with Met Éireann, and that is the truth. It was in that collaborative context a decision was made to open the wind-rattled gates of the Ploughing at 11am, two hours before the Orange Warning was due to elapse in 17 counties across the country, including Offaly.

With exhibitors and punters sitting in cars and buses, and the wind howling through the site in Screggan, as had been predicted by Met Éireann, a decision filtered through that the site was to close for the day on Wednesday. The rhetoric that followed from the NPA was one of regret with statements saying the decision had been taken 'in the interest of public safety.'

General Secretary of the National Ploughing Association Anna Marie McHugh went on Liveline to address the situation, describing it as "an act of God." She said, "I think we made the only call that could be made on the situation." That's all well and good, but you made the call around 19 hours too late. At 4.30pm the day before, the Orange warning should have made the call for the NPA but they simply didn't act on it.

Anna Marie McHugh was later quoted on Independent.ie saying, "I do know people were saying they were waiting in car parks and that's not good, but we did tell people not to come before 11am...we can't be accountable for people not doing what they were asked to do."

To be frank, that comment is blatantly disingenuous. The soundings put out on Tuesday evening were that the site would open at 11am, meaning people were going to travel to be there at that time, and probably, allow extra time in case of traffic disruption or added delays as a result of the weather. People can't be blamed for that; they were acting under the parameters of the decisions that had been made. They would have been at home in their beds or in their kitchens if the NPA had the gumption to cancel Wednesday's event on foot of the severe weather warning.

The 'interest of health and safety,' as was quoted by the NPA in their eventual cancellation call at 11.30am on Wednesday, was an afterthought. Of course, it wasn't safe on the site with loose debris and damaged tents, so in that respect, their reasoning is fair, but the same reasoning could have, and should have, been given the evening before amid an Orange weather warning. Using a bit of foresight, they could have predicted the danger on the site, and more importantly, on the roads where attendees were going to be in the hours before the proposed 11am opening time.

Both Anna May McHugh and Anna Marie McHugh attested to the fact that they, even with the value of hindsight, would not have made a different decision on Tuesday evening in light of 'what they know now.' While they were in consultation with Met Éireann and the authorities, the NPA held the ultimate power, and could have made a decision 'in the interest of health and public safety' at 4.30pm last Tuesday evening - they chose not to. They subsequently chose to vehemently hold onto their defence of that decision, effectively doubling down on their initial mistake.

It's ultimately a mistake the NPA will never admit to and a story that will be confined to a jovial series of images on Reeling in the Years for future generations. A potential tragedy on the roads near the site may have been the only thing that would have drawn a sharper focus on their decision - or lack thereof as it turned out.

We can only be thankful this article is not being written in that context.