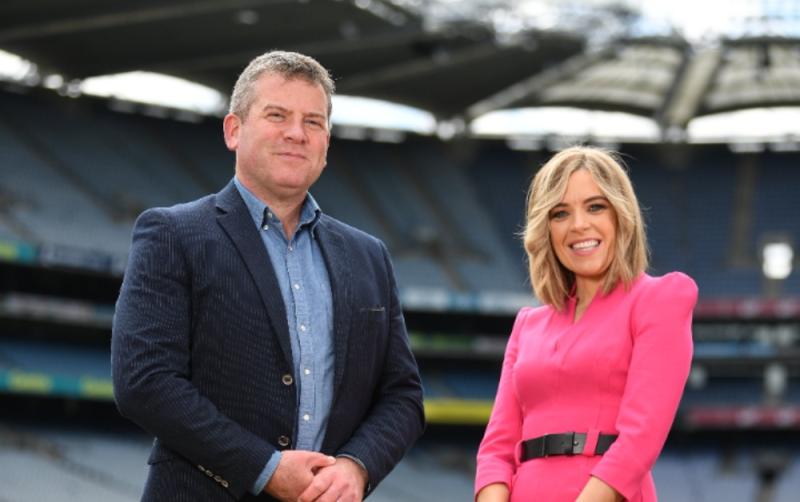 Thereafter, Dara and Gemma will be joined each week in Croke Park by a panel of experts to analyse and preview all the best of the summer Sports action from the United Rugby Championship, the GAA Hurling, Football, Peil na mBan and Camogie Championships as well as the action from the Galway Races to name but a few.

Joining Dara and Gemma for the first episode will be Marc Ó Sé, Kevin Cassidy, Michael Rice, Joe Connolly along with a live interview with Waterford hurling manager Liam Cahill.

Speaking about the launch of the new Show, Dara Ó Cinnéide said “I’m really looking forward to being back on TG4 with this exciting new production. With its mix of expert analysis, chat about the talking points of the week and live interviews with the main characters of the drama that will unfold during the summer, I believe SPÓRT IRIS going out each Friday night will fill a void in the weekly schedule for the sports-mad Irish audience.

No stranger to sporting audiences from her recent hosting of Rugbaí Beo for TG4, Gemma Ní Chionnaith added, “For so long now people have commented to me about the lack of a weekly sports show previewing all the weekend sporting action on Irish television so I’m delighted to be part of this new series from TG4. I’m looking forward to getting out and about to connect with the stories that will be preoccupying us all during the summer.”

Also commenting on the launch of SPÓRT IRIS, CEO of TG4 Alan Esslemont said “TG4 is delighted that SPÓRT IRIS, a new sports analysis series, will be broadcast from Croke Park expanding on the station’s partnership with the GAA headquarters. In previewing the upcoming sports with expert analysis from presenters and panellists, this series adds to the extensive live coverage that TG4 shows throughout the week offering a great start to the sporting weekends throughout the summer schedule.”