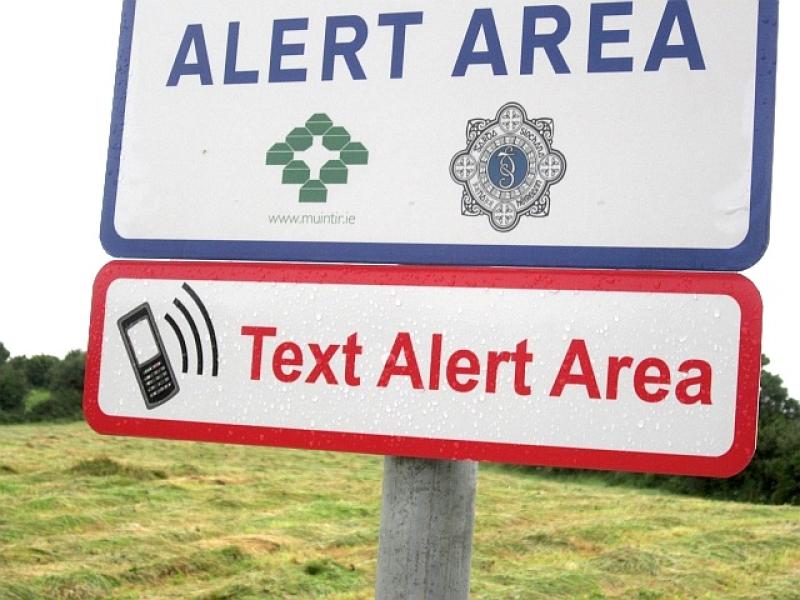 The Government has allocated funding for community text alert schemes to help prevent crime in Carlow, a Fine Gael TD has said.

Deputy Pat Deering said: “Community groups working to prevent crime in Carlow can now apply for funding under the 2018 Text Alert Rebate Scheme, to assist them in their work. €150,000 has been made available to local communities across Ireland by my party colleague the Minister for Justice and Equality, Charlie Flanagan.

“This scheme allows Text Alert Groups registered with An Garda Síochána to apply for a rebate towards the costs associated with running their local Text Alert Scheme.

“This initiative has developed as an important crime prevention mechanism with over 600 local groups across the country involving in excess of 120,000 subscribers and with an estimated 200,000 text messages sent each month under the scheme."

Read also: Nurney Text Alert expected to be up and running by the first week of October

“It’s an efficient way of tackling crime, allowing Gardaí to provide crime prevention information to community contacts who in turn forward the information to all members of a community group.

“Last year saw payments made under the rebate scheme almost double to €125,000 paid out to almost 450 groups. The majority of Text Alert Groups who applied in 2017 received a rebate of between €200 and €350 to assist them in their work, and I would encourage even more groups from Carlow to apply for the funding this year.

“The Scheme will be operated by Muintir na Tíre again this year and details of how to apply are now available on their website www.muintir.ie.

“This funding is just one element of the Government’s work on crime prevention in rural communities.”

Minister Flanagan added: “In addition, Operation Thor, which was introduced to tackle the threat of mobile burglary gangs, continues to deliver results off the back of significant investment in Garda overtime, ICT equipment and high-powered vehicles by this Government.

"While recent Crime Statistics released by the CSO indicate a rise in burglary offences year on year, it is important to recognise that; overall, the figures for burglaries nationwide are still down almost 25% from a high in 2015.”

“Other rural crime prevention measures deployed by the Gardaí include initiatives to tackle the theft of metal including electrical cables, the theft of farm equipment and the theft of livestock.”

Deputy Deering added: “Fine Gael in Government will continue to prioritise crime prevention, which, is focused on two key objectives: investing in the capacity of An Garda Síochána to tackle criminals and enforce the law effectively; and updating and strengthening the law where necessary.

“This new funding for Text Alert will help community groups working to prevent crime across Carlow. I commend all the local groups who work in tandem with local Gardaí to provide a safer community for all those who live here.”