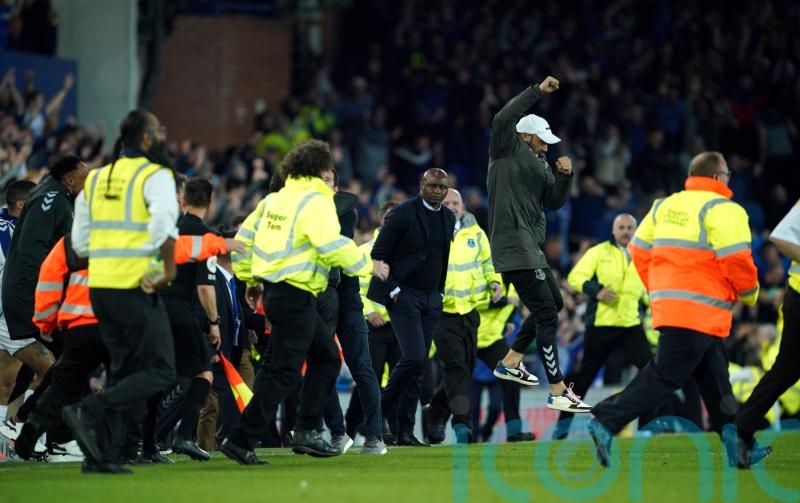 Crystal Palace manager Patrick Vieira was involved in a confrontation with a fan on the pitch after the 3-2 defeat at Everton in which he appears to aim a kick at the man taunting him.

Dominic Calvert-Lewin’s winner with five minutes to go which secured the Toffees’ top-flight status with one match remaining prompted a small pitch invasion and a brief interruption in play but at the final whistle, thousands streamed onto the field.

Footage posted on social media shows Vieira, unaccompanied by staff or security, making his way across the pitch towards the away dressing room which is housed in the Park End car park as a result of Covid protocols, when he is confronted by a fan who appears to gesture in the Frenchman’s face.

Vieira responds by first grabbing the man and then swinging a kick at him before other supporters come to his aid and usher him away.

The incident is likely to attract the interest of the Football Association, as are the 85th-minute incursion and the scenes after the final whistle.

Vieira did not comment on the incident, which came to light after his post-match press conference, but Everton counterpart Frank Lampard offered his support.

“I feel for Patrick. I didn’t get him at the end. I would have said, ‘come in with us’ – although he might not have wanted that. 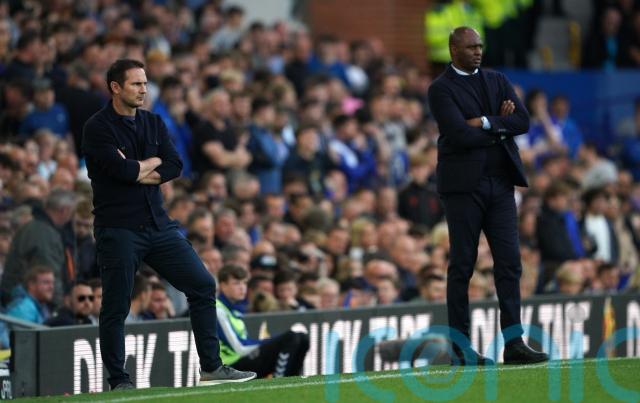 “Of course he ran 80 yards across the pitch and it’s not easy.”

On the pitch invasion itself Lampard said: “It was pure elation of fans who have come on the pitch after avoiding relegation.

“If it is done in the right way let them stay on the pitch, let them have their moment. As long as they behave, no problem.”