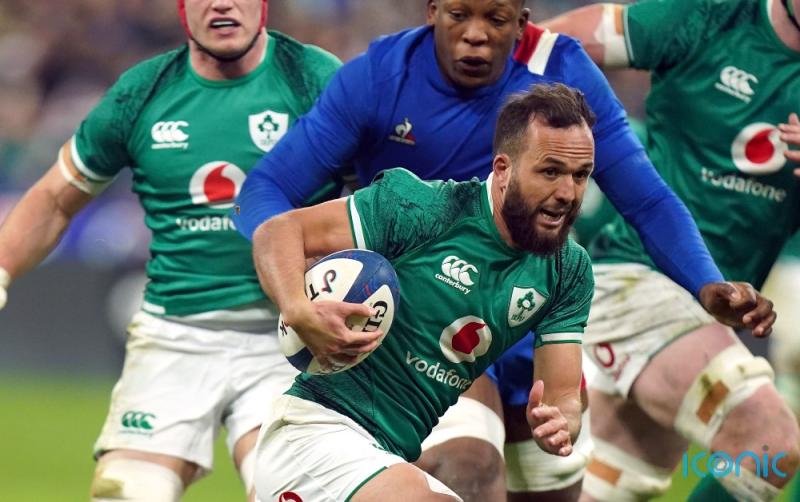 “I suppose frustrating overall but kudos to the French team. They are a serious team and they’ve outdone us.”

Scrum-half Jamison Gibson-Park insists Ireland have not given up hope of the Guinness Six Nations title but concedes “serious teams win big away games” following a damaging defeat in France.

The Irish were on the back foot from the beginning of a pulsating evening in Paris after conceding a try to Antoine Dupont inside 67 seconds and trailed 22-7 early in the second period.

Gibson-Park’s converted score moved Andy Farrell’s men to within a single point with half an hour remaining but they were unable to complete a stunning comeback victory, eventually losing an enthralling encounter 30-24.

After seeing their run of nine victories in a row halted, the Irish will be expected to return to winning ways at home to Italy on February 27 ahead of travelling to England and then hosting Scotland.

“It’s without a doubt the biggest game of my life, and there will be a lot of lessons to take from it,” said Gibson-Park.

“They are a serious team and they’ve outdone us, but I think there’s still hope in the competition.

“We’ll recover well for Italy, and all we can do is try and win the rest of our games and see how the competition plays out, but we’re still hopeful.

“Serious teams win big away games and we didn’t quite get there, but we’ll get another crack later on in the championship (at Twickenham).”

Gibson-Park’s poor box kick paved the way for France’s early pressure, which ultimately led to fellow number nine Dupont diving over to the delight of a raucous home crowd.

The New Zealand-born player made amends by ghosting in under the posts in the 49th minute, adding to earlier tries from Mack Hansen and Josh Van Der Flier, as Ireland roared back.

Despite there being little between the teams, France’s play was, at times, a cut above, with Gibson-Park acknowledging the better side won.

“The intensity was right up there, for sure,” added the Leinster player, who has overtaken the long-serving Conor Murray as Ireland’s first-choice scrum-half.

“I mean it was pretty stop-start in the first half. There wasn’t any really lengthy periods of play, just the physicality was another level.

“We spoke at half-time about doing our best to take the game to them and we did, we got ourselves right back in the game and back in the hunt.

“I suppose frustrating overall but kudos to the French team. They are a serious team and they’ve outdone us.”