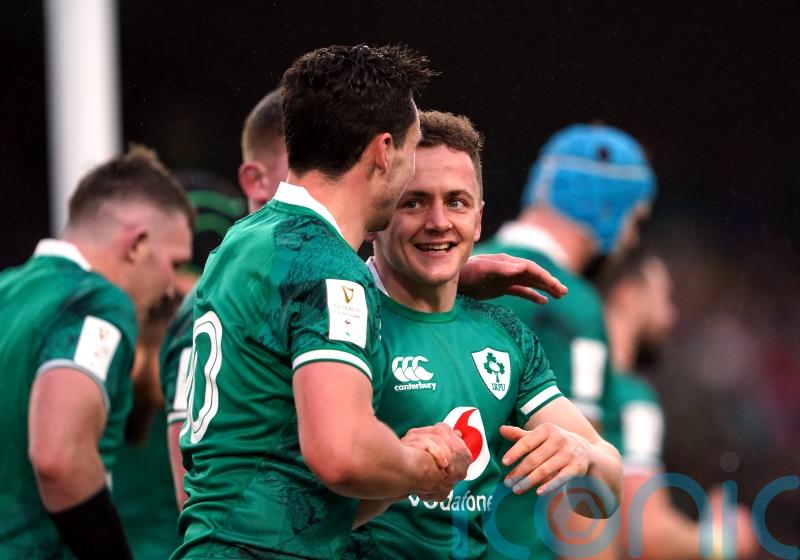 Full-back Michael Lowry admits he will “never forget” his dream Ireland debut after lighting up Dublin with an electric display in the Guinness Six Nations.

Much of the post-match focus was on the beleaguered Azzurri being forced to play more than an hour two players short due to a debatable regulation.

But that could not dampen the mood of outstanding Ulster player Lowry, who was left sporting a couple of facial wounds following an exceptional start in the green jersey.

“It’s everyone’s childhood dream to just play for Ireland and to get an opportunity playing Six Nations is unbelievable and a moment I’ll never forget and an emotional one,” he said.

“And to top it off to get on the scoresheet is even better.

“I tried to enjoy myself. We’ve worked hard and I suppose that’s the tough part, the start of the week and getting on page with everyone, and this is the fun part going and playing games. 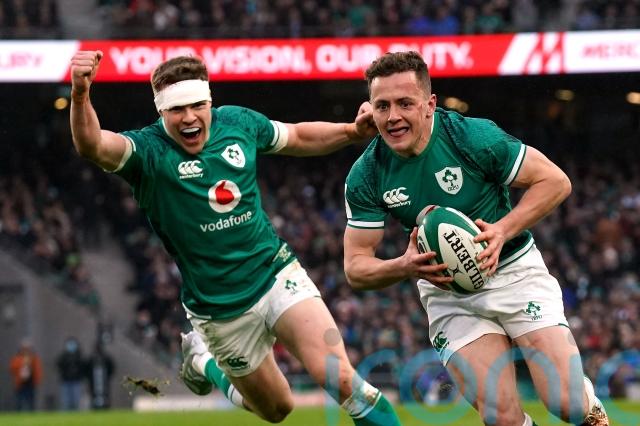 “I just tried to compose myself and not let the emotion get to me. Everyone loves scoring a try and to get it on your debut is class.”

An ultimately one-sided affair deviated from the norm inside 19 minutes when Italy substitute Hame Faiva was sent off for a dangerous tackle on Dan Sheehan with Ireland leading 7-3.

Faiva had only come on to the pitch 10 minutes earlier because of Gianmarco Lucchesi’s dislocated elbow and his dismissal left the Italians without a recognised hooker.

That caused uncontested scrums and, under World Rugby laws, also forced Kieran Crowley’s visitors to sacrifice an additional player, with the departure of unfortunate number eight Toa Halafihi effectively ending the game as a meaningful contest. 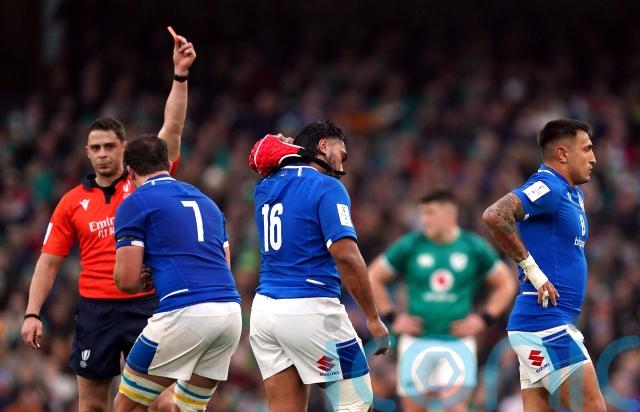 Despite some disjointed play, Ireland capitalised by running in nine tries across the afternoon, with braces for Lowry and James Lowe adding to Joey Carbery’s opener and scores from Jamison Gibson-Park, Peter O’Mahony, Ryan Baird and Kieran Treadwell.

Lowry could easily have claimed a hat-trick in front of a host of family and friends but unselfishly opted to tee up Lowe’s second try instead of making another dart for the line.

“It’s not my personality to even think about hat-tricks,” said Lowry, who was speaking to the Irish Rugby Football Union.

“I thought I’d give that to Lowey to have an easier walk-in than I did.”

Victory for Andy Farrell’s men moved them three points behind table-topping France as they bounced back from defeat in Paris a fortnight ago ahead of meetings with England and Scotland.

“He’s a top man,” said O’Mahony. “I’ve played against him and you see how brave and how tough he is, the impacts that he takes is just phenomenal.

“He just seems to bounce up off the ground every time. He’s come in the last few weeks and he’s fitted in seamlessly. 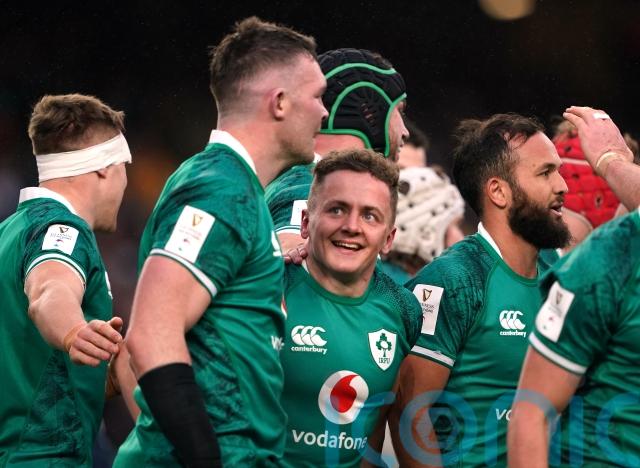 “He’s been incredibly diligent with his work and what he needs to do, and I thought that play summed him up, passing that ball there.

Pointless Italy eventually ended the game with 12 men due to Braam Steyn being sin-binned five minutes from time for deliberately knocking the ball into touch. 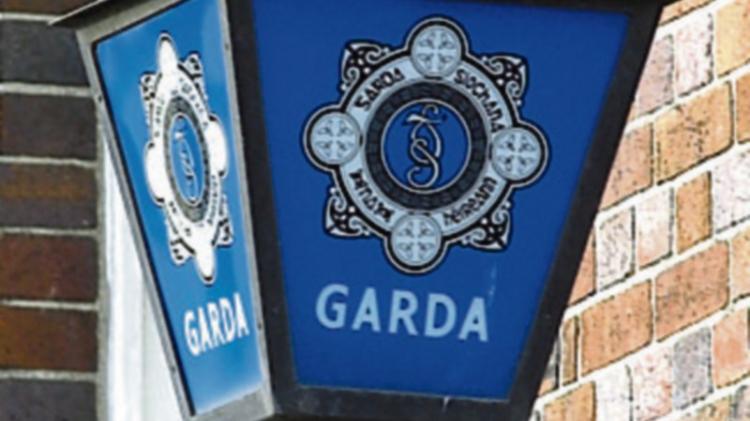