Ireland captain confirmed to be 'in fine spirits' despite head injury 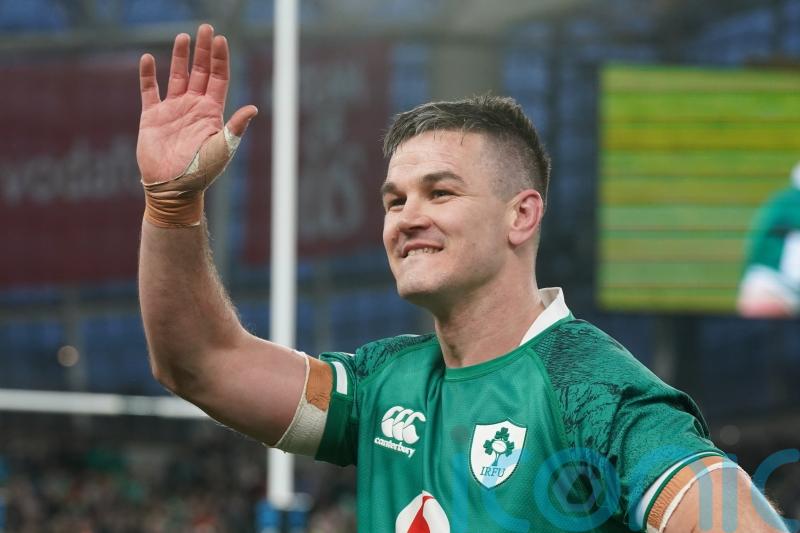 Influential fly-half Sexton was forced off after half an hour of a punishing evening in Auckland after suffering a head injury.

The 36-year-old satisfied a post-match assessment and will undergo further tests to determine whether he can feature in Dunedin on Saturday.

“Johnny is good, he is in fine spirits,” said Farrell.

“HIA (head injury assessment) two is passed, HIA three will hopefully be passed in a few days. If that happens, it’s concussion not confirmed.”

Sexton departed in the aftermath of Sevu Reece’s breakaway try and did not return, having slipped and collided with New Zealand captain Sam Cane in the build-up.

That proved to be a pivotal few moments during a contest in which Ireland initially showed the greater enterprise. 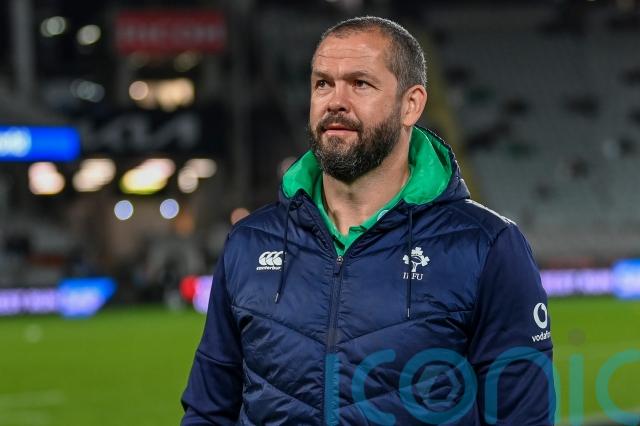 But they faded fast from the dream start of Keith Earls’ early score, with Reece’s solo finish the second of four tries in 18 first-half minutes from the ruthless All Blacks.

Ireland enjoyed 58 per cent overall possession at Eden Park and managed to draw the second half having trailed 28-5 at the break.

Farrell, who saw Sexton’s replacement Joey Carbery and Josh Van Der Flier each agonisingly thwarted on the try line by Rieko Ioane in the second period, rued his side’s profligacy.

“I thought we brought them down pretty well from time to time,” he said.

“I think we deserve a bit of a pat on the back for that, for getting at least five opportunities to score. We’ll obviously have a look at reasons why we actually didn’t convert.

“There were a few held up, weren’t there? A few that were deemed short or whatever, and a knock-on or a fumble – the grounding wasn’t right with Joey apparently, but I’ve seen them given before.

“I thought we created quite a bit actually but you’ve got to score points against the All Blacks, there’s no doubt about that.”

Having recovered from the slow start, the formidable hosts stylishly extended their 28-year unbeaten run at the stadium to 47 matches by avenging last autumn’s 29-20 defeat in Dublin.

Converted scores from Garry Ringrose and Auckland-born Bundee Aki made the scoreline more respectable for the Irish, coming either side of Savea’s second and a debut try for All Blacks replacement Pita Gus Sowakula.

Farrell was also left questioning some of the decisions of English referee Karl Dickson at the breakdown. 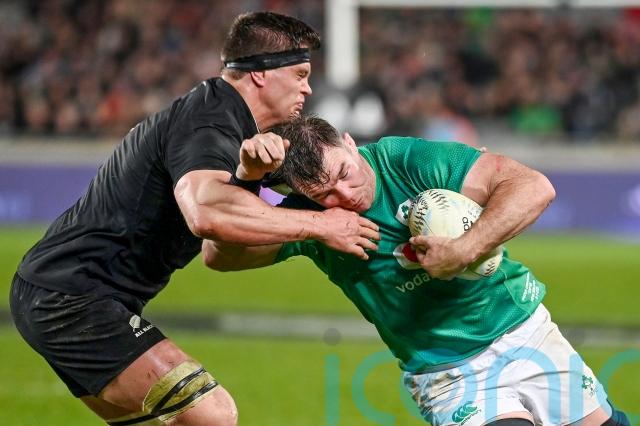 New Zealand’s Scott Barrett – who was labelled a “lucky boy” by England World Cup winner Ben Kay – appeared to catch rival blindside flanker Peter O’Mahony in the head with his shoulder in a ruck clear-out late on.

“The interpretation of the breakdown, we need some answers as far as that’s concerned so we can put our own stuff right, because there are a few things that were going on there that we’ll need to get clarified,” said Farrell, who has added Ulster centre Stuart McCloskey to his squad.

“There’s a depth to a ruck and there’s an entry to a ruck that we need confirming – let’s say it that way. Then once that’s confirmed, we’ll get our own act in order.”

New Zealand head coach Ian Foster, who overcame Covid-19 to be in attendance, felt his side still have room for improvement.

“I thought we saw a very determined Irish team tonight,” he said. “They would have had enough glimpses of good moments in that first quarter particularly, and the way they finished, to walk away with a bit of hope.

“Whilst we were ruthless with where we scored points, we were put under a lot of pressure, and particularly defensively I would have given us just a pass mark. We allowed them too many opportunities to get in behind us.

“It was a very unique week and to be involved in coaching an All Blacks team from Zoom at home and still be married at the end of the week, I’m pretty satisfied.”