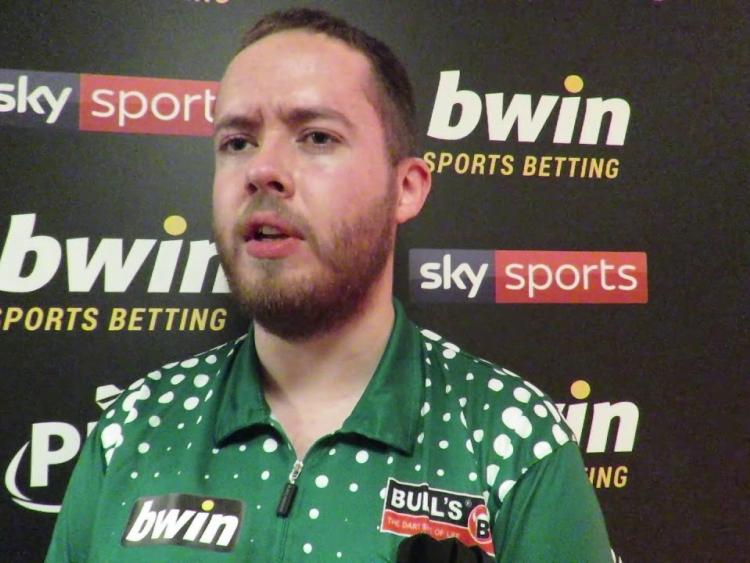 There was heartbreak for Carlow’s Steve Lennon as he succumbed to 7-5 defeat against Peter "Snakebite" Wright last week as he replaced the injured Gary Anderson on the Dublin leg of the Premier League at the 3 Arena.

Steve had been written off by all the pundits before the match who didn’t give him a chance, but he raced into a 3-0 lead before hitting the wrong number segment in the fourth leg which would have seen him go four up and have the darts in the fifth leg.

Whilst at 6-5, he missed crucial darts which would have seen him secure a draw.

"I started overthinking these missed opportunities and I think that was my downfall. It's all down to experience and time though, I do have a tendency to overthink situations which I'm still learning to overcome.

"I think it's just lack of experience of being in a situation such as that on stage," said Steve of what he felt went wrong on the night.

"I was very happy with how I coped with the pressure at the beginning of the game. A lot can be learned from it and improved on and I think it will help my stage game going forward.

"It was absolutely incredible [to play in front of a big crowd like that]. I couldn't believe the sensational support I got and I'm so happy to have been able to play on stage in front of Irish fans," said Steve.

"It was a tremendous opportunity [to get to play in front of an Irish crowd]. I really want to thank the PDC for giving me the chance to perform in the Premier League, I think this contenders idea has helped young players like myself get the chance to play on a big stage like the 3 Arena which is a really great learning experience," he finished.