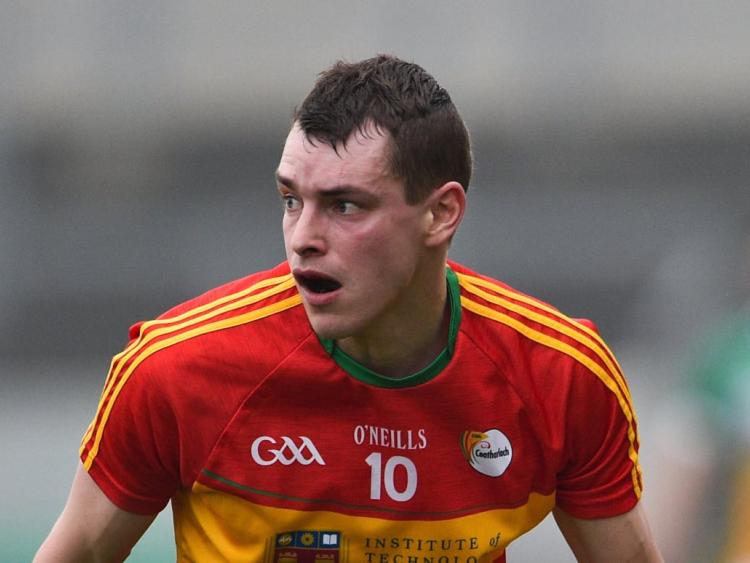 A goal from Sean Gannon helped Carlow to victory over Louth

At Netwatch Cullen Park, a first-half goal from Sean Gannon proved critical as Carlow claimed a one-point victory over high-flying Louth on Saturday.

Points from Sam Mulroy and Declan Byrne had gotten Louth up and running, but a goal from Gannon after 11 minutes for Carlow put them 1-2 to 0-2 ahead.

Coming into the weekend Carlow had a win and a draw to their name but it was only enough to see them second bottom of the division, but after Andy McDowell and Mulroy pointed for Louth, Carlow led 1-5 to 0-4 at half-time.

But after the break, a couple of Mulroy scores and another from Byrne soon had the minimum between the teams. Gannon then pointed for Carlow though, and after Byrne was sent off following his second booking, Carlow held on for a narrow win.