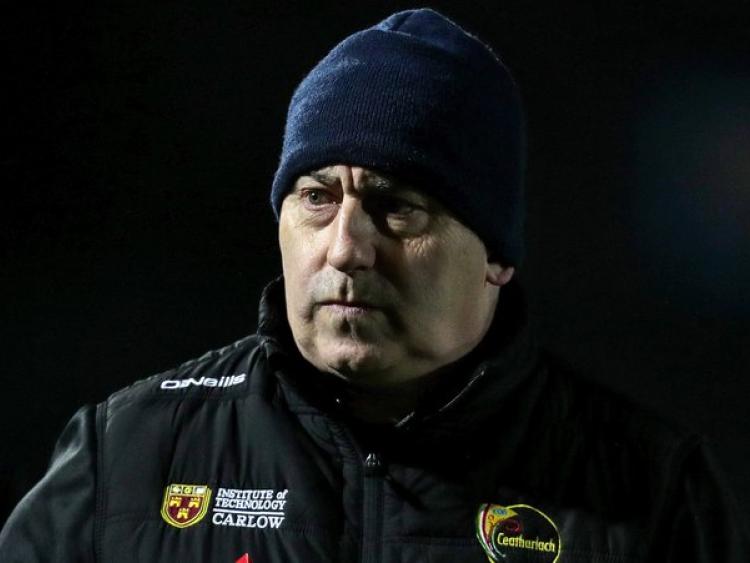 Carlow were left reeling in shock and disbelief at the end of their Allianz Football League Division 3 game at Netwatch Cullen Park on Sunday, RTÉ are reporting.

Long after the allotted three minutes of injury-time had been played, Diarmuid Walshe converted a free to tie the game for the home side.

Everyone expected the final whistle to go after the kick. A point would have saved Carlow’s bacon in the division and Down would not have been too unhappy with a share of the spoils too.

To everyone’s surprise, play was allowed to continue after Walshe levelled. When Carlow were penalised 50 metres out they fully expected Paul Devlin to take his chances with the free.

Instead the defence switched off and the ball was dispatched to Donal O’Hare in a more favourable position and he slotted the winning point from 45 metres.

The home side were livid. They refused to talk to the media afterwards and urged pundits to write about what they had witnessed out on the pitch rather than asking managers to comment about the performances of the match officials.

Carlow led 0-7 to 0-4 at the interval with Darragh Foley using the wind well in the half landing six points from placed balls.

With Devlin, Conor Poland, Darren O’Hagan and O’Hare picking off scores in the second half it looked as if Down would pull away. Carlow fought back in the final quarter.

Eoghan Ruth picked up breaking ball in the big square and eased the ball home past the advancing Rory Burns in the Down goal to level at 1-10 to 0-13.

Then came the dramatics. Caolan Mooney restored the Down lead with a point. Carlow hit back and after Devlin picked up his red card Diarmuid Walsh levelled with a free.

There was even more controversy about this as the referee and umpire took an age before the white flag was waved.

Play continued and Down forced another free. The ball was passed to Donal O’Hare who found the posts from distance.

This time the minutes ran out for Carlow and the final whistle leaves their hopes of staying in the division on a knife-edge going into the Laois game next week.