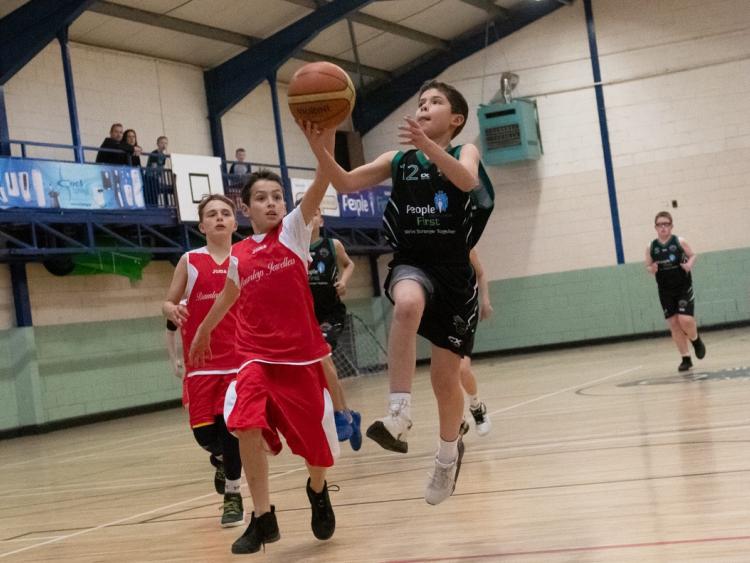 Boys U-12 Kilkenny area League semi-final
Portlaoise Panthers 55
Carlow B.C. 12
The Portlaoise boy's U-12 basketball team played host to Carlow in the Kilkenny Area Cup semi-final.
The game started at a hectic pace with both teams playing well, David Apopei and Sam Menendez started the scoring for the home team. They continued with baskets from Riley Comerford and Luke Bowe.
As the quarter went on both teams were playing well but Carlow could not finish the final shot, while on the other hand the home club did take their opportunities as they kept the scoreboard ticking over with baskets from Sam Menendez after great work from Oran Masterson and David Apopei to see them open up a sixteen point lead.
The second quarter saw a new five players from each club come to the floor but nothing changed as Portlaoise continued to play the better basketball with good shooting from Dinny Troy and Fionn Stack.
Carlow were unlucky with the final shot while Panthers on the other hand got baskets from Jack Fennell and Scott Davis.
They continued with strong man-to-man defence denying the Carlow lads scoring opportunities. As the half-time whistle approached they opened up a significant twenty-five point lead thanks to good work from Daniel Booth and Captain Fionn Stack who was putting in his usual impressive performance.
The second-half continued much the same with the Portlaoise lads in control with good rebounding from Daniel Booth and Oran Masterson.
Carlow to their credit never gave up battling for every ball but they could not penetrate the home defence. Portlaoise on the other hand continued to keep the scoreboard ticking over with baskets from Luke Bowe and Sam Menendez. As the quarter came to a close the home team had good baskets from Riley Comerford and Tadhg Dalton.
The last quarter saw both teams relax with the final outcome of the game in little doubt, Portlaoise continued working hard and were rewarded with baskets from Daniel Booth and Scot Davis.
This young Carlow team, while they put in a great effort, were no match for the bigger and stronger Panthers lads who went on to dominate with baskets from Dinny Troy and Scot Davis to secure the win that see them qualify for this year’s Kilkenny Cup final against Tipp Talons from Thurles to be played later in the month.