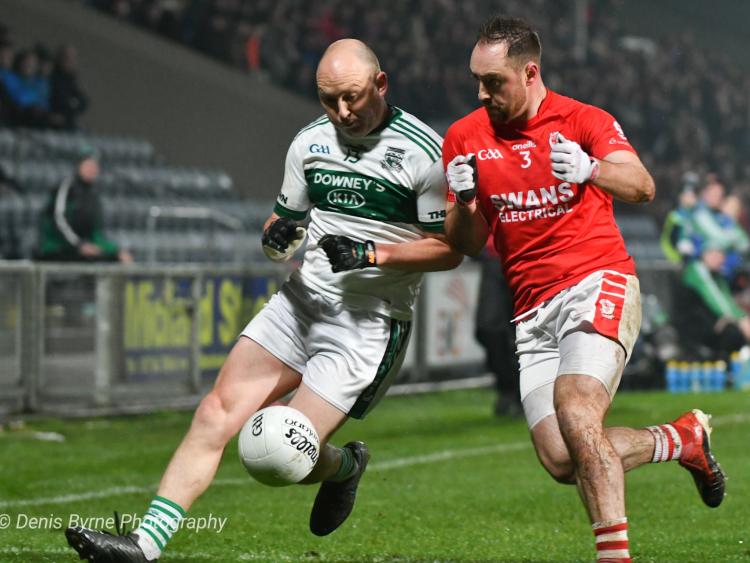 Carlow champions Éire Óg dominate the closing half to march on to a Leinster final in two weeks' time.

Portlaoise were sluggish in the opening stages of the game, but recovered well from Eire Og's early onslaught to go in level at half-time.

The second half proved to be a much different half of football, Eire Og holding Portlaoise to a single point while kicking 1-6 themselves to secure safe passage to the Leinster final.

The Carlow champions set the tone with less than a minute on the clock, stunning the home side with a fabulous goal that went in with the aid of the post leaving Portlaoise goalkeeper Graham Brody rooted to his spot on the line. Seconds later, Ross Dunphy pushed the Carlow men into a four point lead with little over a minute played.

Portlaoise were slow to settle into the game, a sole Bruno McCormack point after five minutes their only dent on the Eire Og defence in the opening quarter.

Eire Og continued to keep on top of the Portlaoise men with the goalscorer Chris Blake adding a further two points to his tally before Portlaoise would strike again.

Portlaoise's second point of the contest arrived after 18 minutes, Bruno McCormack recycling the ball out to Benny Carroll who eyed up the posts before narrowing the Portlaoise defict to four points.

A minute later, Eire Og goalkeeper Ricky Keating was picking the ball out of his net after a stunning goal nestled into the bottom corner from the Laois Senior Footballer of the Year, Kieran Lillis.

Portlaoise were alive and well at this point in the game, their slow start quickly erased. A Gareth Dillon point brought Portlaoise level and while Eire Og quipped ahead with a Jordan Lowry point, Portlaoise wiped the slate clean with a fine point from Kieran Lillis.

With 24 minutes on the clock Portlaoise took the lead for the first time in the game, Conor Boyle lifting Portlaoise's fifth and final white flag of the half.

Eire Og were awarded a penalty four minutes before the break, Kieran Lillis deemed to have pushed Sean Gannon in the square leaving referee Patrick Maguire no option but to point to the spot. Cormac Mullins stepped up to the penalty, but Graham Brody pulled off a superb save to deny Eire Og.

Colm Hulton pointed on the stroke of half-time to send the sides in level at 1-5 apiece after an end-to-end opening half.

Eire Og laid a marker after the restart with the first three points of the half going their way, two from Chris Blake alongside a Niall Quinlan free, to edge them into a lead they wouldn't relinquish.

Portlaoise's only point of the second-half arrived nine minutes into the half, Bruno McCormack tapping over a close in free which was very close to being a penalty.

Portlaoise were reduced to 13-men in the final minutes with Kieran Lillis collecting a second yellow card and Conor Boyle a straight red card as Eire Og sprinted towards the final whistle.

The final score of the game was Eire Og's second goal of the game, the Carlow side catching Portlaoise on the break and virtually walking the ball into the net as they advanced to the Leinster final in two weeks' time.