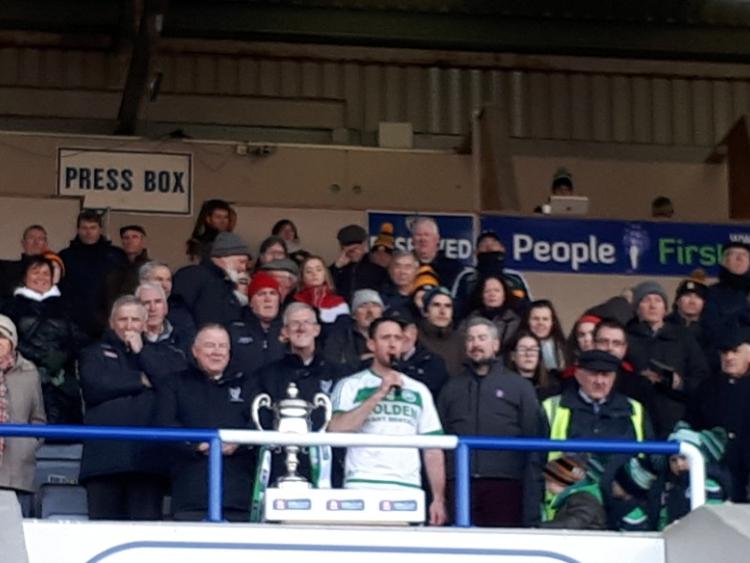 Slick Shamrocks from Ballyhale struck swiftly and with precision early in the second half to score a goal that put them on the road to their tenth victory in the Leinster club senior hurling championship final in Portlaoise on Sunday.

The winners hit half-time leading battling St Mullins of Carlow by 0-11 to 0-7. They had an escape early in the new half when the flying James Doyle ripped through their defence, but his well struck low effort for a goal saw the ball clip the outside of the right post and go wide.

In their next raid in the 32nd minute Shamrocks scored a tap home goal through Colin Fennelly, who was put clean through on the target by TJ Reid. After the addition of quick Shamrocks points from Eoin Cody and TJ Reid (free) the losers suddenly found themselves 0-7 to 1-13 behind and facing a huge climb not only to win the match, but to get back into it.

Speed merchant James Doyle and company chased with all their might afterwards, but they never troubled the winners too seriously. Shamrocks now face Slaughneil (Derry) in the All-Ireland semi-final on January 4.

Shamrocks stepped up the pace a bit after that, and  good scores from Reid, Brian Cody and Conor Phelan helped them into a 0-11 to 0-7 lead.

The missed chance, followed by the Shamrocks goal swung the game after that. The winners had team captain, Michael Fennelly sent off following a second yellow card offence in injury time.