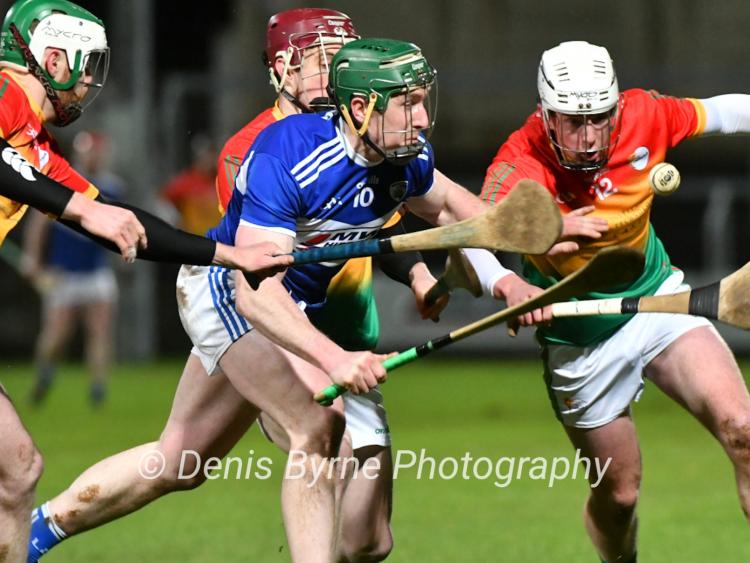 The Laois hurlers registered their first win of the campaign with a hard-fought narrow one-point win over Carlow, Eddie Brennan's men holding off a gutsy Carlow comeback in the final stages to ensure their place in Division 1 next season.

The opening half turned into a shoot-out between opposing free-takers Ross King and Marty Kavanagh, the Laois sharpshooter winning that individual duel with eight points in total - three of those arriving from play - as Laois led by five points going in at the break.

King and Kavanagh exchanged early frees before began to put some light between them. Two more King frees followed for the O'Moore men before he and vice-captain Willie Dunphy found their range from play as Laois pulled four points clear by the 22nd minute.

Carlow plugged away with more Kavanagh frees to keep them in touch, but Laois rattled off the final three points of the half, all from play, through King (2) and Aaron Dunphy to send them in leading 0-10 to 0-5.

Carlow emerged and dominated the ten minutes after the restart to shave the Laois lead down to two points through substitute Chris Nolan and Kavanagh.

Laois settled and eventually reopened their account fifteen minutes into the half when King angled over from 65m out. Ciaran McEvoy followed suit with a perfectly measured effort from an acute angle to see them lead by four points.

Colm Bonnar's Carlow hit four of the next five points to bring them within a point with ten minutes left to play, Kavanagh accounting for all of them.

Laois doubled their lead through a King free, but Carlow continued to chip away and brought it back to level with two minutes remaining of normal time.

Laois regained the lead on the stroke of 70 minutes with King's twelfth and final point of the contest, and ultimately it would prove the difference. Carlow had a chance to level it from a free in the third minute of injury-time, but Kavanagh's accuracy evaded him and Laois held on for a vital first win of the campaign.