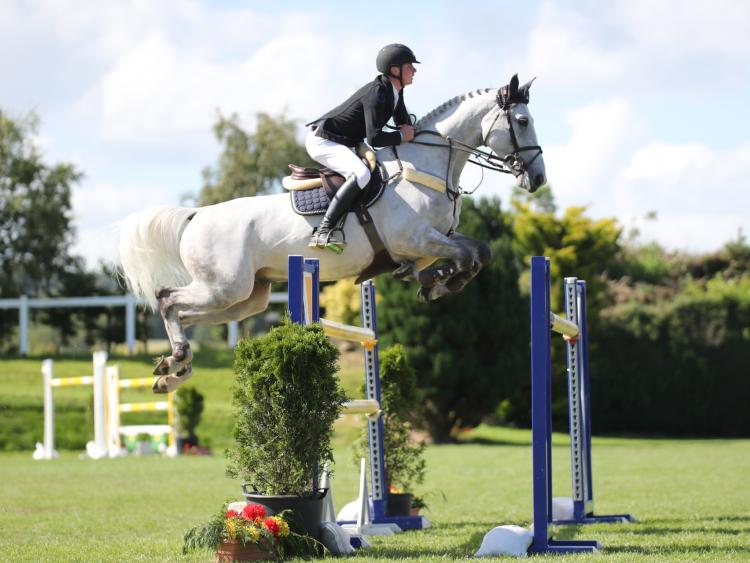 A stunning performance from Carlow’s Jason Foley and The Irish Sport Horse Castlefield Vegas saw them take victory on Sunday in the opening leg of the 2020 Horse Sport Ireland Premier Series at Barnadown in County Wexford.

Foley, who won the gold medal at the Young Horse World Championships last year when aged just 18, was in superb form and also filled runner-up position with Castlefield Cass. It was an incredible day for Kilkenny-based Castlefield Sport Horses, as Castlefield owner Ger O’Neill also took third place at the finish with MHS High Hopes.

The Horse Sport Ireland sponsored series, which carries a total prize fund of over €50,000 and is the pinnacle of national Show Jumping in Ireland, saw 46 horses and riders go to post, with 12 of those jumping clear in the first round. Jason Foley’s second round clear in 40.38 seconds with the Martin Egan and Ger O’Neill-owned Castlefield Vegas proved the winning round, while he crossed the line in 40.99 to finish second with the Jim O’Neill-owned Castlefield Cass.

All of the top six finishers jumped double clear with Ger O’Neill and MHS High Hopes crossing the line in 41.28. Stephen Murphy with Chantelle and Capt Geoff Curran with Glengarra Wood shared fourth place after both finishing in 43.65, while Tim MacDonagh and Hollypark Galloway completed the top six with a time of 44.16.

The next leg of the Horse Sport Ireland Premier Series will take place at Mullingar Equestrian Centre on August 2.