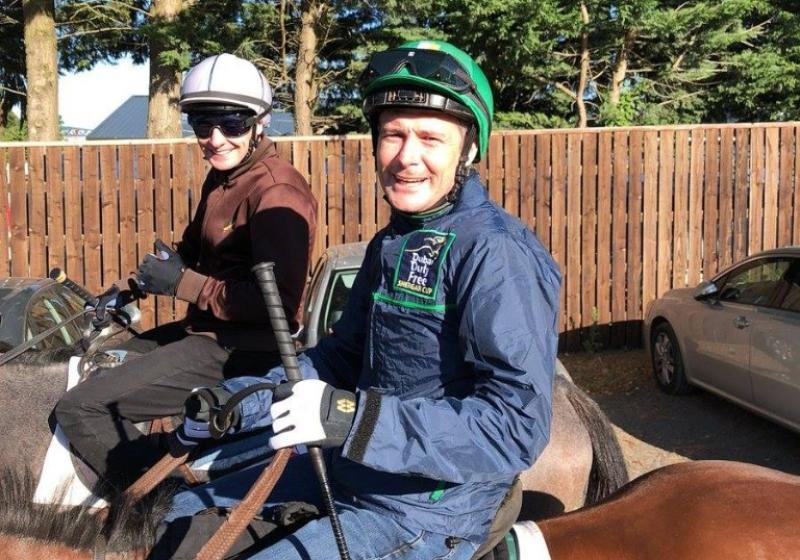 You can join a host of racing personalities next Saturday, September 25, on a unique charity cycle in memory of former champion jockey Pat Smullen.

The cycle will take in seven racecourses and two stud farms, starting at Laytown Races and finishing at the Curragh Racecourse.

The Coast to Curragh charity cycle is 155km in total. All monies raised will be donated to Cancer Trials Ireland in memory of Pat Smullen.

Cyclists can join at any of the racecourses or stud farms and choose to cycle a variety of distances from 12km/25km/30km/55km/80km/110km or the entire 155km.

Members of Pat Smullen’s family along with lots of weigh room stars are supporting the cycle. The cycle features a meet and greet with Harzand at Gilltown Stud. Harzand gave Pat Smullen his first triumph in the Epsom Derby in 2016. The pair went on to secure the Irish Derby a few weeks later.

The Coast to Curragh charity cycle is the brainchild of Gavin Lynch, who lost his mother Olive to pancreatic cancer. A huge racing fan, Gavin was also inspired by nine-time Flat champion jockey Pat Smullen who raised much-needed funds and awareness for pancreatic cancer trials over Longines Irish Champions Weekend in 2019 while fighting his own battle with the same illness.

The Coast to Curragh charity cycle stages are as follows (Saturday, September 25):

To take part in the cycle, just register on the events page on the Cycling Ireland website. You can donate on the Coast to Curragh GoFundMe page, or you can email coasttocurragh@gmail.com for a sponsorship card. Sponsorship cards are also available in all Paddy Power shops.

The GoFundMe page  is HERE.

Gavin Lynch, Coast to Curragh charity cycle organiser, commented: “With a week to go to the Coast to Curragh cycle, the response has been phenomenal, and we have already raised €50k for Cancer Trials Ireland. It’s going to be a very special cycle, so I’d encourage everyone to sign-up and give it a go. The cycle is open to all levels of fitness and ability, and we have lots of breaks and refreshments organised at the various racecourses and stud farms. I must also take this opportunity to thank Paddy Power and Servier Laboratories (Ireland) Ltd for their very generous sponsorship.”

Eibhlín Mulroe, CEO of Cancer Trials Ireland, said: “We in Cancer Trials Ireland are so grateful to the horse racing community and now the cycling community for everything they have done to support us. Charity donations give us the latitude to open a wider range of trials in the less prevalent forms of cancer. The €2.6m raised by Pat Smullen and the horse racing community has led to four new studies in pancreatic cancer where just two years ago there were none. That’s how real this is for people who get the same diagnosis as Pat, or Gavin’s mother – they have options that simply weren’t available in Ireland before.”