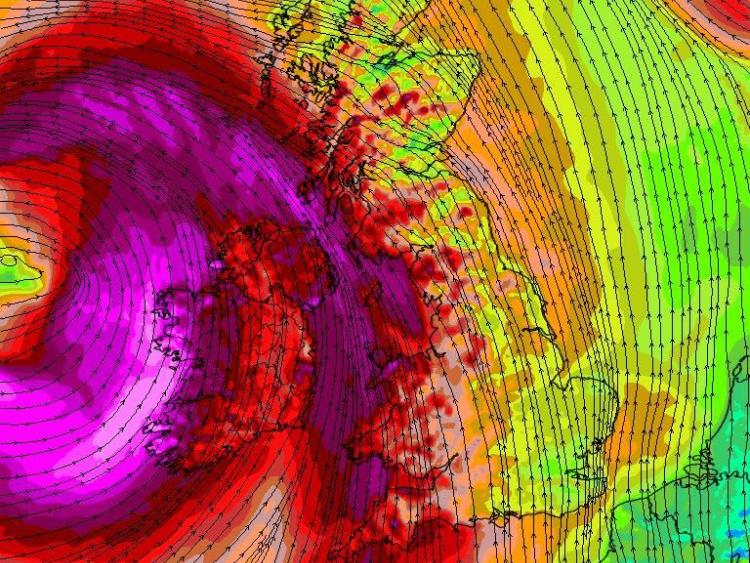 The latest chart updates for the potential storm on one model have seen the oncoming storm shift a little more West with strongest gusts staying out to sea but other models keep the track closer to Ireland, according to www.carlowweather.com.

Other charts also keep the strongest winds out West but there are still some damaging gusts possible with heavy rainfall in South East between Thursday and Saturday.

Forecaster Alan O'Reilly said: "Coastal flooding remains a risk and the track can still change so keep up to date with forecasts.‬

"Meanwhile #Michael is now a Category 4 Hurricane and will hit land and decrease to a storm by Friday but its remains will head out in Atlantic with the Jet Stream continuing to bring us unsettled weather early next week."