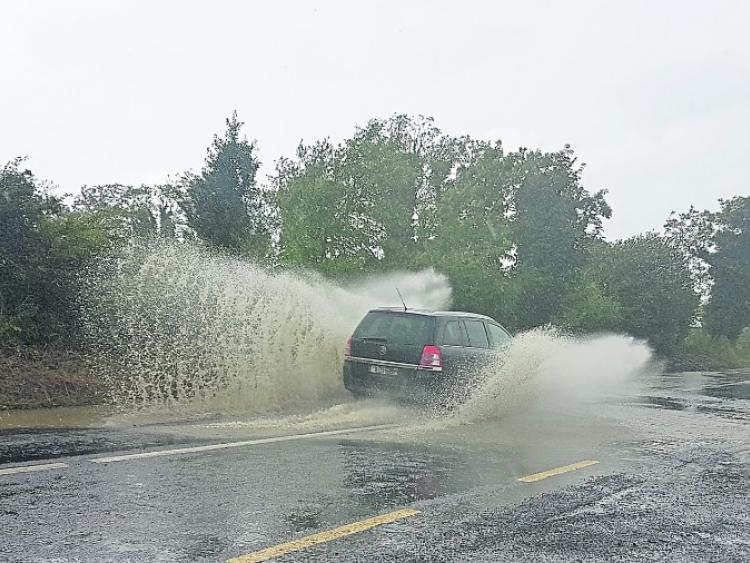 WARNING: Motorists urged to use caution on roads due to standing water

Motorists are being urged to use caution on the roads today as heavy rain overnight and this morning in the wake of Storm Callum is leaving standing water on many roads.

The considerable rainfall has left deposits of water on many roads with secondary roads more badly affected. On primary roads, the standing water means that plumes of spray are being raised from the road reducing visibility for following cars.

The advice if you are on the roads today is as follows:

- Drive with dipped headlights at all times

- Check tyres and consider replacing them if the thread depth is below 3mm.

- If the road ahead is flooded choose another route, do not attempt to drive through it. Flooded roads that appear shallow could be deeper than you think

- After going through water, drive slowly with your foot on the brake pedal for a short distance - this helps to dry the brakes

- Watch out for washed out roads, earth slides, broken water or sewer mains, loose or downed electrical wires, and fallen or falling objects.