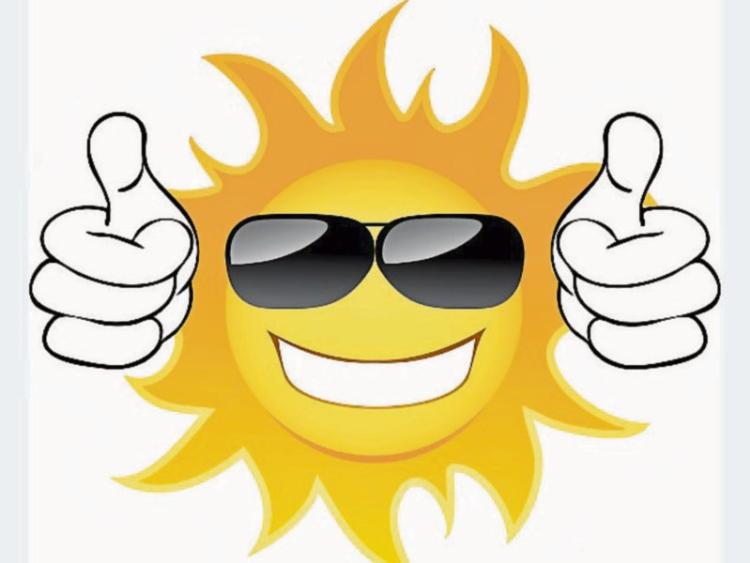 We deserve it after last week

This coming week is set to be much calmer than conditions last week, with all areas seeing some good dry and settled conditions at times, according to Cathal Nolan of the Midlands Weather Channel.

Monday will be a dry and settled day with good sunny spells in places, the best of the sunshine across Leinster and Munster, with cloud increasing in Atlantic coastal counties. Temperatures around average for the time of year, typically between 13-16 degrees Celsius.

Tuesday will begin overcast in many parts of the country, with an Atlantic weather system clearing eastwards. A clearance during the late morning in West Ulster, Connacht and West Munster will gradually make its way eastwards across the Midlands and Eastern areas during the afternoon. Cooler with highs of between 10-14 degrees Celsius.

Wednesday and Thursday currently look like being settled days, with some good sunny spells in all areas. Some showers will occur also mainly in Atlantic coastal counties. Highs of between 11-16 degrees Celsius in mainly light westerly winds.

Some early outbreaks of rain will clear to leave a dry and bright day on Friday, with good sunny spells in all areas once more.

Currently weekend conditions are forecast to be very reasonable with some decent sunny spells on both days. Feeling fresh with northwesterly winds feeding in one or two showers in Atlantic coastal counties. Some frost is also possible in Midland counties, particularly towards Wednesday and Thursday night and over the weekend also.