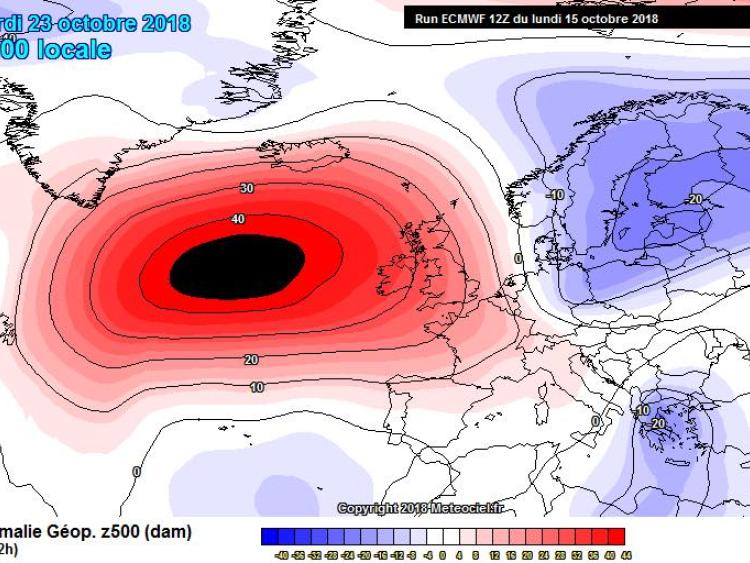 Weather charts for October 23 are "off the scale" with a huge area of high pressure forecast to setup in the Atlantic which will block off the Jet Stream and our usual unsettled Autumn weather, according to www.carlowweather.com.

Forecaster Alan O'Reilly said: "This could see cooler than normal weather next week but whether it will bring that cooler air over Ireland or stay out East is a little uncertain, however interesting to watch.

"For now though after some rain on Tuesday the weather will mainly settle down with a mild weekend.

"Cool nights ahead though for the next few nights with a risk of fog and frost."