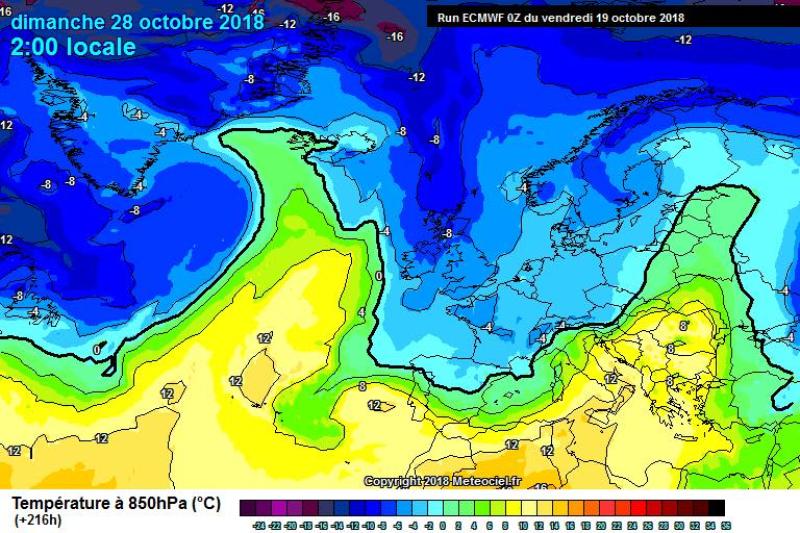 Weather models have flipped backed to show a short blast of cold air for next weekend with a Northerly feed, according to www.carlowweather.com.

Forecaster Alan O'Reilly said: "Beyond the reliable time frame so confidence in the models this far out would be low. However the GFS model isn’t far away from what ECMWF is showing now.

"The charts are showing upper air temps, so don’t panic it won’t be -8c, however a feed of cold Northerly air like shown in the weather models would mean cool weather at lower levels, mainly dry though.

"The North Atlantic Oscillation is also forecast to go negative which would support this.

"In the shorter term it will be mild but cloudy over the weekend with some drizzle and light rain on and off Saturday night into Sunday morning.

"Then next week looks very settled with high pressure keeping the weather settled, temps dropping back though with cold nights again."