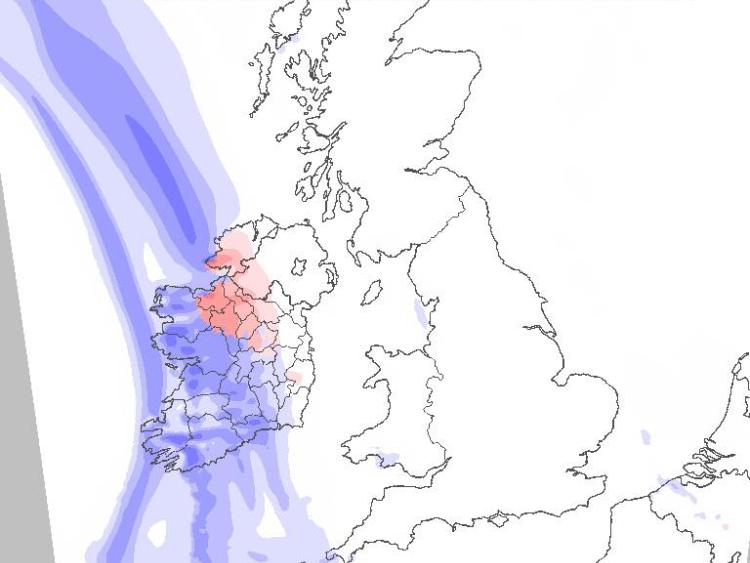 Showers on Wednesday are expected and they could fall as snow on mountains, according to www.carlowweather.com.

Forecaster Alan O'Reilly said: "Frost is likely then on Wednesday night and with wet roads that could lead to icy conditions Thursday morning, hopefully the Council gritting crews will be out in force.

"Also the the charts show that some areas could see some snow at first on Thursday night as band of rain meets colder air but it will turn back to rain as it moves through."