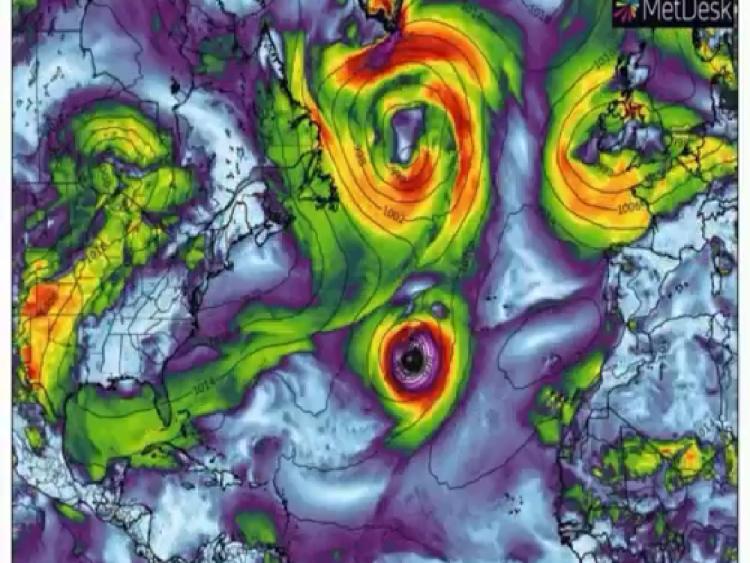 One weather model is now predicting that the remnants of Hurricane Lorenzo could head towards Ireland but Carlow forecaster Alan O'Reilly says it is "still impossible to tell where he will end up".

According to www.carlowweather.com, Lorenzo has weakened to have maximum sustained winds near 110mph (175 km/h) with higher gusts.

Alan added: "Some weakening is forecast during the next 48 hours, but Lorenzo is forecast to remain a large and powerful hurricane while it passes near the Azores."

ECMWF also following a Westerly track for #Lorenzo now but UKMO wants to bring it to us. Still impossible to tell where he will end up ‍♂️ pic.twitter.com/aRfA6p0xEf