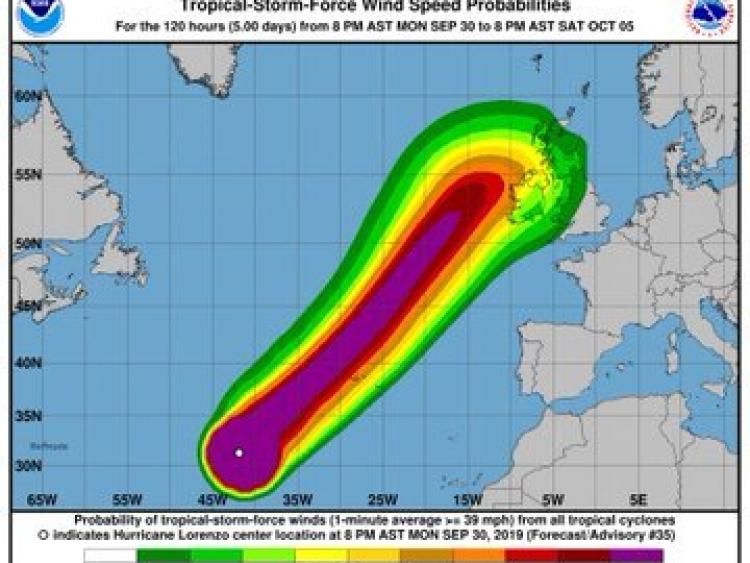 Met Éireann has put Ireland on notice that the remnants of Hurricane Lorenzo could bring stormy weather this week but says there is a lot of uncertainty about its storm.

According to www.carlowweather.com, the latest weather models are in general agreement on the track of Lorenzo with strong gusts along the West coast but earlier on Thursday.

Forecaster Alan O'Reilly added: "However there is some disagreement on what happens after Lorenzo moves North of Ireland with some models showing it dying out to our North and one has it moving across Ireland with strong winds."

Met Éireann's website forecast issued on Monday says that Lorenzo is currently predicted to be an ex tropical storm at this stage and is likely to "be in the vicinity".

It says some wet and windy weather is expected along with some high seas and swells. It will become mild over the country due to the influence of the tropical origin air.

The progress of Lorenzo and any potential impacts for Ireland are being closely monitored by Met Éireann.