FORECAST: Rough Christmas on the cards with storm expected on St Stephen's Day! 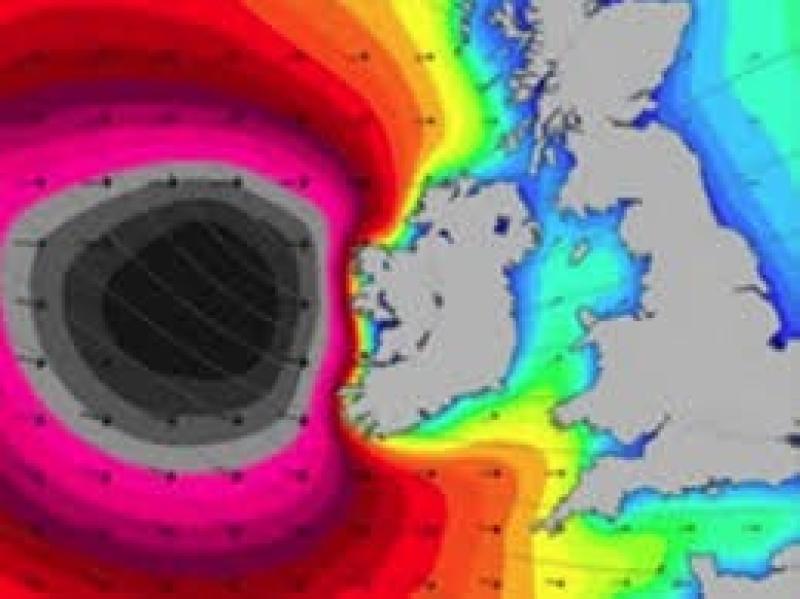 Advance weather forecasts are showing a storm moving towards Ireland just after Christmas Day - on December 26.

Irish Weather Online experts also said that conditions will get very mild up to Christmas week - before high winds hit the country on St Stephen's Day.

Power was knocked out to thousands of customers in Kerry, Sligo, Wicklow, Kilkenny and Longford due to Storm Atiyah.

Fallen trees, poles and debris was reported on a number of roads in the affected areas.

However the next storm is due just over two weeks away, according to Irish Weather Online.

Forecaster Peter O'Donnell said: "The charts currently appearing just before Christmas look very mild with a storm developing off to the west of Ireland."

He added: "My guess is that might arrive around the 26th."

Referring to indications of milder weather, he explained that we will get a break from frosty and foggy conditions.

The expert said: "...the general trend from next weekend towards the holiday period will be increasingly mild and sometimes rather windy with rain, other days may be more settled."