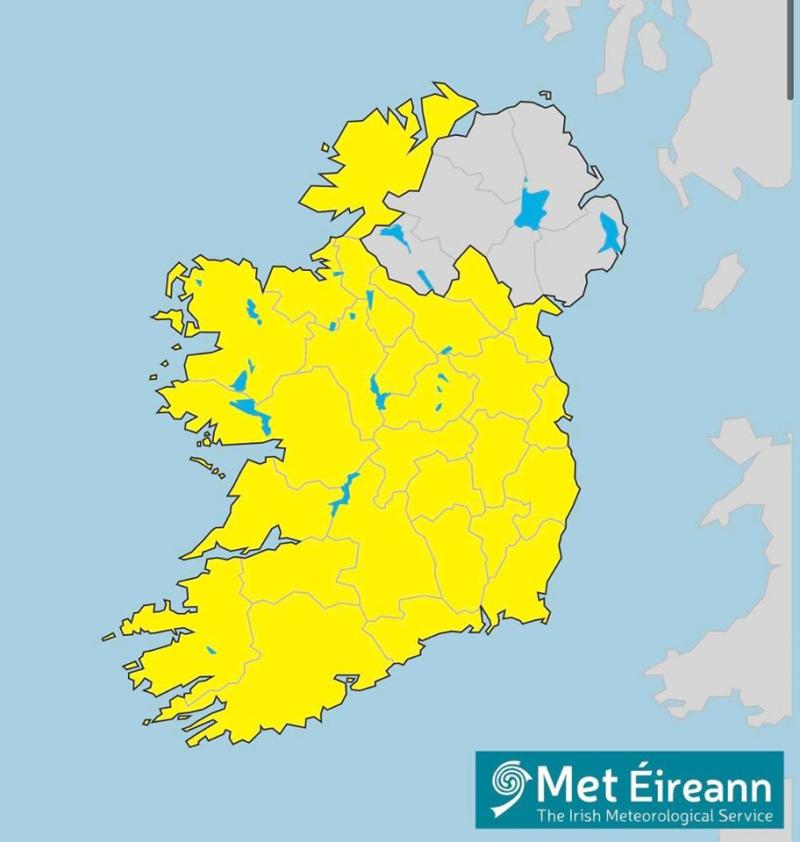 A Status Yellow wind warning is now in place for Carlow and the entire country until midday on Monday.

Met Éireann has also issued a snow and ice weather warning alongside a wind warning in the wake of Storm Ciara which has dragged in bitterly cold conditions.

Storm Ciara will continue to produce very strong west to southwest winds over Ireland with mean speeds of 50-65km/h and gusts generally of between 90 and 110km/h, higher in Atlantic coastal areas.

A combination of spring tides and high seas will result in a significant risk of coastal flooding.

The wind warning is valid until noon on Monday.

The forecaster's Status Yellow - snow ice weather warning for Ireland says there will be widespread wintry showers on Monday and Tuesday with some snowfall accumulations, especially in the west and north.

Some disruption to travel is possible, particularly over higher routes.

The warning is valid from the early hours of Monday, February 10 to just before midnight on Tuesday. The warning was issued at noon on Sunday.