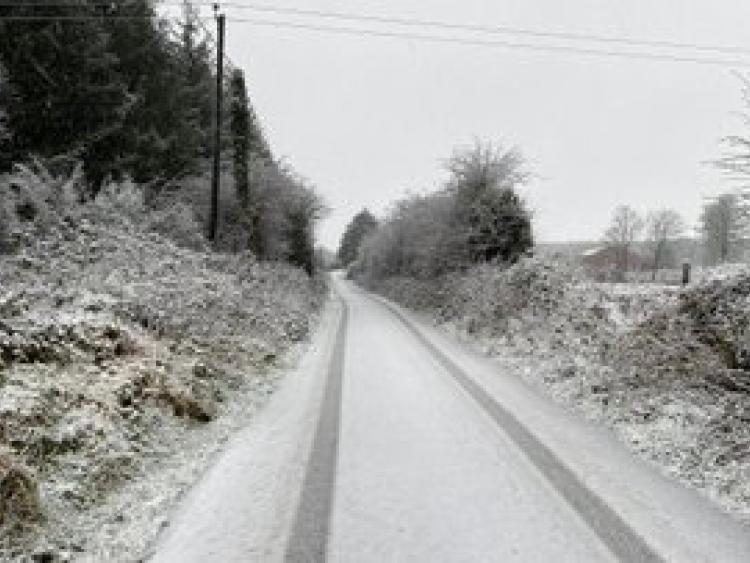 Snow has arrived on the hills above Carlow as a weather warning comes into effect.

A Status Yellow snow and ice weather warning for Ireland says there will be widespread wintry showers on Monday and Tuesday with some snowfall accumulations, especially in the west and north.

Some disruption to travel is possible, particularly over higher routes.

The warning is valid from the early hours of Monday, February 10 to just before midnight on Tuesday. The warning was issued at noon on Sunday.

#sneachta has arrived on the hills above Carlow. Reports of snow in other parts too as colder air has moved in over Ireland. A yellow warning for snow/ice is in place for entire country until midnight tomorrow night. #StormCiara pic.twitter.com/IYNxAOhOGU