Carlow weather forecast for this weekend and next week 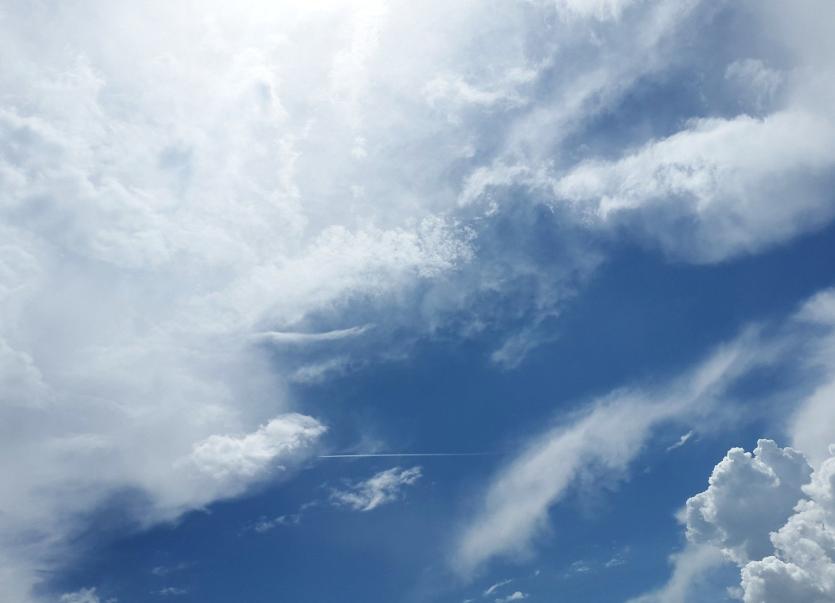 It will be dry across much of the east and south of the country with just a few mist patches this Friday morning, according to Met Éireann.

However, it will be cloudy and damp in the west and north with patchy rain and drizzle. Rain and drizzle will then extend across much of the country this afternoon. The rain generally light and patchy in nature but heavier and more persistent at times in the west and southwest. A clearance will follow across north Ulster by evening. Highest temperatures ranging from 16 to 21 degrees in moderate to fresh southwest breezes, warmest in the southeast.

Friday night will see patchy rain, drizzle and mist continue to gradually sink southeastwards over the country. Drier and clearer weather will develop across Ulster and Connacht later with just isolated showers. Minimum temperatures ranging 10 to 15 degrees, coolest in the northwest with moderate southwest to west winds.

Saturday
A cloudy and damp start in the southeast of the country on Saturday with rain for a time. However, it will be drier and brighter elsewhere with sunny spells and just scattered showers. The fresher, brighter weather will extend to all areas by afternoon. Top temperatures on Saturday of 14 to 17 degrees in the west and north but ranging 18 to 20 degrees in the east and south with moderate northwest breezes.

Saturday night will be largely dry with long clear spells and some mist patches. Rather cool for July with minimum temperatures of 6 to 9 degrees in mostly light breezes.

Sunday will begin dry and bright with sunny spells. There will be a partial build-up of cloud during the day and perhaps a few well-scattered showers. Turning mostly clear and sunny again in the evening. After a cool start maximum afternoon temperatures will range 16 to 19 degrees in light, variable breezes. Dry and mostly clear overnight with lowest temperatures of 7 to 10 degrees.

Monday looks set to begin dry with good sunshine in the morning. However, some cloud will build during the afternoon bringing the odd shower. Turning mostly sunny again by evening. Highest temperatures of 15 to 19 degrees in light westerly winds. Largely dry overnight but with the chance of a few showers in Atlantic coastal counties. Lowest temperatures of 7 to 10 degrees.

Rather cloudy on Tuesday with patchy rain possible for a time in the northwest and north of the country. The best of any sunny spells across the south and southeast. Top temperatures of 15 to 19 degrees, warmest in the south with moderate westerly breezes. Patchy rain across north Connacht and Ulster overnight but mostly dry elsewhere with just a few mist patches. Lowest temperatures of 9 to 12 degrees in moderate southwest breezes.

Some patchy rain possible in the west and north of the country Wednesday and Thursday but mainly dry elsewhere with daily highs around average for July, ranging 16 to 20 degrees. Early indications are for more unsettled weather for Friday and next weekend.