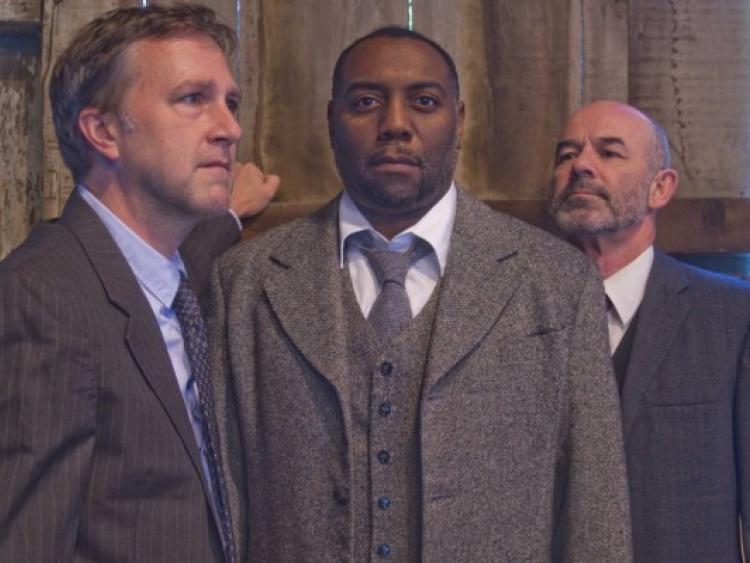 Hughie is a play about a gambler and drinker by the name of Erie Smith. It is set in the lobby of the Times Square Hotel, New York City in 1928.

Deeply saddened by the death of his friend Hughie, a night clerk who worked at the hotel, and having embarked on a three-day drinking binge, Erie returns to the hotel in the middle of the night.

There he meets the new night clerk, a man by the name of Charlie Hughes. Over the course of this one act play Erie laments of the loss of his friend by sharing stories of Hughie with the Charlies Hughes.

It is through these stories that Erie reveals his own inner story.

The Playwright Eugene O’Neill was born in New York City in 1888 to Irish parents Mary Ellen Quinlan and the renowned actor James O’Neill, both of whom emigrated to the United States from Kilkenny in the late 19th Century.

This production comes to Carlow direct from its run at St. Michael’s Theatre as part of the Eugene O’Neill International Festival of Theatre in New Ross Co. Wexford. Directed by Eric Hayes and performed by a stellar cast of American actors this is one play not to be missed!