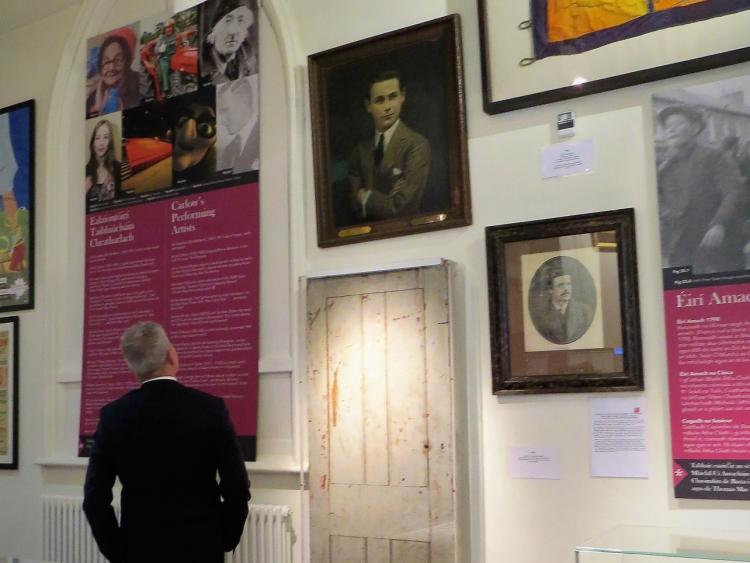 St Willibrord was trained and ordained in county Carlow in the 7th century at the most important Anglo-Saxon ecclesiastical settlement in Ireland.

His connection has been celebrated in both Carlow and Luxembourg in June 2017.

He is one of Europe’s most important saints, embarked on a mission to the continent from Carlow in AD 690 and this exhibition explores his enormous impact on the Netherlands, Germany and Luxembourg.

Every year the town of Echternach, Luxembourg hosts an annual "hopping procession" which has UNESCO World Heritage Status, in his honour.

See a copy of St Willibrord's own hand writing, the oldest datable signature of an English person, written on a book from county Carlow.

View samples of the beautiful manuscripts that were produced in Echternach. The method of making a manuscript is shown in detail, from producing the inks and the vellum to how the letters and designs were laid out.

View this special exhibition - which was featured on the RTÉ television programme "Nationwide" - at Carlow County Museum. Monday - Saturday 10am – 4.30pm (last admission half hour before closing)